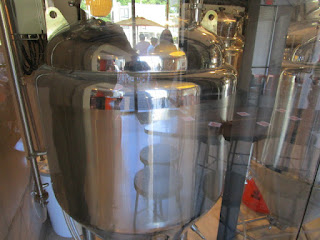 ATT recently (May 31) published a blog post by Hank Hultquist, Chairman of “Federal Regulatory” offering the viewpoint that Obama’s net neutrality rules (FCC’s common carrier concept) are predicated on the idea that an ISP advertises itself as a “neutral conduit”, link here.

That is, there is nothing inherently illegal even now for a small ISP to deliver only carefully curated websites to, say, a religious consumer subset that wants only a limited Internet exposure.

That’s true, this wouldn’t matter as long as the major companies maintain their public posture as “public accommodations”, so to speak.

And today, Wednesday June 7, 2017, p. A14 of the Washington Post carries a story by Brian Fung, “Web companies plan July ‘day of action’ in push to protect net neutrality”, link here. The companies involved are Amazon, Reddit, Mozilla and Kickstarter, on Wednesday July 12, 2017.  Fung reminds us of a similar day in January 2012 to protest SOPA when Wikipedia went dark.  Fung still rehearses the idea that “neutral”  ISP’s could throttle content they don’t like.  I’m still getting lots of emails asking me to “join in” a hyped petition.  The last day for comments is July 17, and I will probably submit one. Fung reiterates, however, that ISP’s still say they are committed to neutrality in practice.

Posted by Bill Boushka at 8:56 AM No comments: