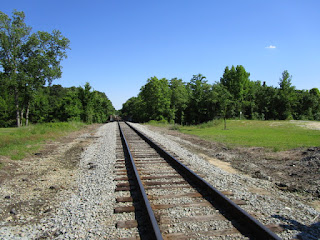 Well, the comment period on the rollback of Network Neutrality has started, by a 2-1 vote today, overlooked by the media given all of Trump’s antics.  Arstechnica, normally level headed, seems to think that the sky is falling, as in “Chicken Little”

I think I may well make a formal comment during the open period, before July 17.

Arst Technica links to a list of some ISP violations over the years.  In one case, a labor union’s site was reportedly blocked.  Comcast apparently tried to interfere with user P2P, which is odd because Comcast doesn’t offer OpenDNS (I think Verizon does), which is how a host (like for Airbnb) could try to block anyone using his router from doing most possible illegal downloading for which the host could be liable.

This topic needs our continued attention to see what ISP’s really say they want to do.

Posted by Bill Boushka at 2:08 PM No comments:

Electronic Frontier Foundation's "DearFCC campaign": hints that small businesses could be completely cut off? Credible at all? 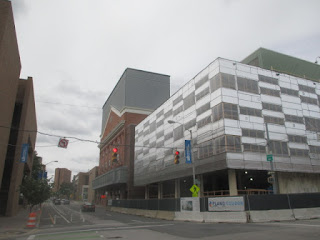 For what it’s worth, I’ll share Electronic Frontier Foundation’s “DearFCC” campaign.  EFF is one of the organizations I support regularly.

I’m not confident that the childish tone of the suggested letter is effective, and I’m concerned about the hysterical tone of some of the hints – that big ISP’s will really block small websites that don’t pay them off (again, the idea of saying “what the Internet means to me”).  I don’t know if that’s a credible threat, and in any case Pai says he has pledges that carriers will not discriminate outside of setting up fast lanes in very special circumstances that really warrant it.  A text blog doesn’t need a fast lane;  a movie streaming site would.  (Usually Blogger content loads very quickly now; Wordpress domains are a little slower, sometimes. But is that because of net neutrality?  Blogger was pretty fast even in 2008.  So is my legacy DADT site.)

I’ll have to look further into how ISP’s really intend to behave.  I think they would deny these ideas right now.

One remote idea is that “free” services like Blogger and Wordpress subdomains would have better access than paid-for domains.  Maybe services like BlueHost would have to arrange access to the biggies in a future without net neutrality.   But will these free services last forever?  Do they really make money for their owners? Needs serious attention.

Posted by Bill Boushka at 3:58 PM No comments: 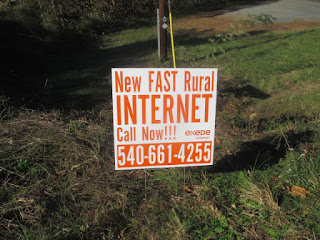 Mike Snider had an article in USA Today May 5 in which he reports that Trump’s FCC Chairman Aji Pai still insists that Obama’s 2015 Net Neutrality rules have interfered with broadband investment in rural areas or certain low income neightborhoods.  Indeed, on one day trip in the fall of 2015 I saw lots of road signs in a rural area in the Virginia Blue Ridge offering broadband.

The article goes on to criticize Pai’s claims, noting in particular that ATT’s acquisitions have skewed the results.  And Pai has taken other actions which might have impeded some rural access.

But it is reasonable to think that neutrality rules could interfere with new hardware in some cases.
The video embedded with the article makes a disturbing speculation, that without net neutrality an ISP would slow down a “basement blog” in favor of Facebook.  But of course, the basement blog might require relatively few resources (Wordpress can require more), where as an HD video streaming service legitimately could “need” more bandwidth, which could be paid for.

It’s interesting for me to remember that in the early days my own legacy sites always loaded very fast because they were straightline HTML and used few resources.

For example, this long chapter from my first DADT book (48000 words) on an old legacy site loads in less than one second on Xfinity right now.  You can try it at home.  But it took three seconds on my iPhone 6.  It loaded fast before net neutrality, even in the early days of high speed. 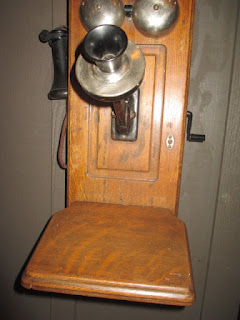 Posted by Bill Boushka at 2:22 PM No comments: 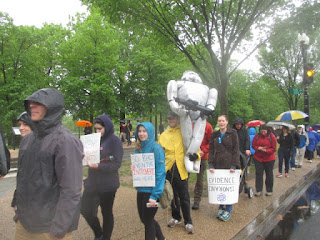 Let’s make note of the New York Times editorial Sunday, “The F.C.C. Invokes Internet Freedom While Trying to Kill It”.

The editorial points out that Pai’s “voluntary” compliance from telecom companies could be “enforced” by fines or litigation, but sounds facetious.  It also points out that ATT, Comcast, and Verizon are already treating the content of companies they own more favorably than those of competitors of non-affiliated providers.  That may refer to zero-rating, allowing subscribers free or preferred use of subsidiaries (as in the example involving DirectTV).

One could imagine a world where shared hosting companies have to negotiate with all the major telecom companies to give their clients faster speeds (or someday, access at all). 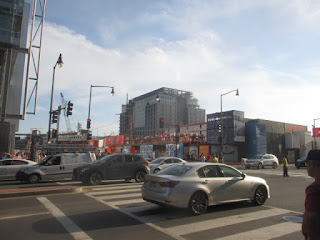 Electronic Frontier Foundation also has a similar reaction by Corynne McSherry along with a petition, here.   That refers to an article on the Verge ("nonsense"?) that lays out the ways ISP's could play cat and mouse.  By the way, I've talked with Gigi Sohn before, back in the days of "don't ask don't tell".

Posted by Bill Boushka at 8:07 PM No comments: