Laptops cannot be taken on flights (at least in cabins) on direct flights from some less stable countries, dangerous implications for staying connected during travel 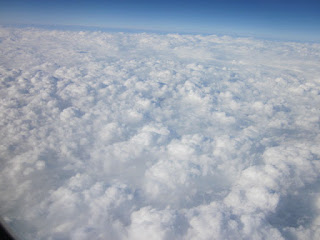 The ability to carry electronics when traveling long distances may have been slightly more compromised today, as the US banned carryon laptops and most electronics (although it allowed cellphones) on direct flights to the US from 12 or more countries in the Middle East and Africa.

The ban, announced suddenly (and coming to light on a tweet from Jordanian Airlines, later deleted) seems to be based on intelligence that Al Qaeda could come up with undetectable bombs in laptops (which was attempted in Somalia a year ago).

Here is the Foreign Policy story.  I had tweeted the CNN story, and it was liked immediately by an Arab source, odd.

So far, the ban does not affect any US carriers, or domestic flights.  Travelers from those countries might avoid the ban by changing in another European airport, or European countries could institute the policy.

The TSA today warns travelers the opposite: don’t put laptops in checked bags, since they are likely to be damaged.  Travelers may arrive without usable laptops in the US.
n

Now they are not since people normally carry their own electronics as they travel.  When you combine this with the concern over battery safety, we could have a new problem for travelers coming, especially business.

Possibly people could reasonably ship laptops in original packing by UPS to destinations.

It has been difficult to safely carry drug-store photo packs (to be developed), but I’ve actually mailed those home (USPS) before taking flights before.

Aviation Weekly has a podcast on he issue of lithium ion batteries in the cargo hold vs, cabin, as well as on the security issues, link.

Posted by Bill Boushka at 7:15 PM No comments: 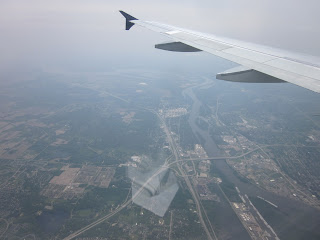 A woman wearing lithium-battery powered headphones experienced a fire in the batteries, burning her face, on a flight from Beijing to Melbourne, forcing an emergency landing in Japan.
CNN has the story here.

But the incident calls attention to the rise in fire and smoke incidents in planes from many devices (not just Samsung Galazy smartphones).  There were only three such incidents in 2011, but 106 in 2015.

Stanford researchers seem to be making major progress with aluminum ion batteries that could make a safer product for millions of users.  One problem is that with so many millions of users, even a very low incident rate creates safety and liability problems.

Travelers need to be able to carry their electronics safely to conduct business normally when on the road.

Posted by Bill Boushka at 8:38 PM No comments: