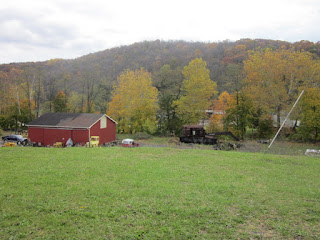 The Federal Communications Commission has implemented a plan to offer low-cost broadband service ($10 a month) to families whose kids qualify for free lunches.
Tim Devaney has a story in the Washington Times Nov. 10, p. A6, (website url) here.
The program is called “Connect2Compete” (or “Connect to Compete”).
Here is an earlier story from October, link.
Connect2Compete has a website here and describes itself as a private-non profit partnership.
Posted by Bill Boushka at 11:25 AM No comments:

The morning after PBS aired its biography of Steve Jobs (see Movies blog today), the Washington Post published an article by Joshua Topolsky, in “The Verge” series, “How iTV, Jobs’s last project, could transform home entertainment”, link here.
Curiously, the article appeared on Google before Washington Post’s own search engine could find it.  This may be related to Google’s recent effort to bring new “quality content” to the top of search engine results quickly.
The “Integrated Television Set” would access television content through apps rather than conventional channels, and of course would depend on efficient broadband (which could be wireless or depend on a home wireless router).  But it would possibly make the use of broadband capacity more efficient, and force cable companies (whether xFinity, TW, or the newer Verizon FIOS) into more flexible pricing plans and to offer better customer service, especially in areas where they have monopolies.
Was iTV to become Jobs’s “one last thing”?
Posted by Bill Boushka at 7:43 AM No comments:

Broadband infrastructure needs to be able to withstand storm; not everyone has "business class" service 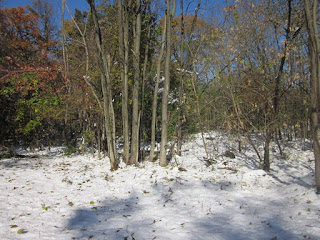 The recent October snows in the Northeast call attention to another important, if tangential, aspect of the net neutrality debate.
The biggest concern is that large areas of mostly older or suburban neighborhoods stay without electricity and other utilities like cable broadband for days.
Older neighborhoods, with older, weaker and denser trees and weaker structures, are quite vulnerable.  Newer developments usually have utilities more carefully installed. As far back as 1970, however, a “New Age” group insisted on underground utilities when building a closed community called Stelle, outside Kankakee, IL (south of Chicago).
Cable and phone companies are often not able to restore service quickly.  When I lost phone service in 2005 to a fallen tree limb (from a neighborhood) after an early morning winter thunderstorm (yes, they happen), Verizon took three days to restring the line.
The problem with slow restoration is that more and more people telecommute and work from home. This is good for the environment, but not sustainable in areas with an unstable or excessively vulnerable infrastructure.  People who own their own businesses in remote areas or at home in older neighborhoods can be put out of business by lack of ability of utilities to respond quickly enough.  Of course, you can say, that’s partly what zoning is all about. Utilities do sometimes offer “business class service” guaranteeing quicker response (especially for broadband Internet) but one needs real profit margins and volume (a real business) to afford it.
Posted by Bill Boushka at 8:39 AM No comments: