Wireless customers will be warned about potential overages 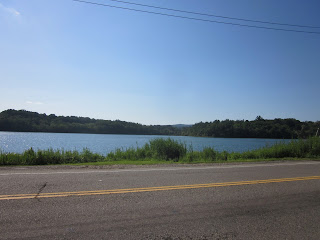 The FCC and the CTIA are reaching agreement that wireless carriers will notify consumers when they are nearing overages in voice, text, data, and international use, all separately, since major carriers no longer offer unlimited plans.
Many people are finding that work-related communications on their cell phones are causing complications, creating situations where work-related use may not always be reimbursed.  This has certainly happened to me.  I was not going to increase my minutes allowance just for an employer.
Verizon did warn me of a potential overage when this happened, by free text.
The guidelines would be in effect by early 2013.
Cecilia Kang ran the story in the Washington Post Saturday Oct. 15, link here.
Posted by Bill Boushka at 5:03 PM No comments:

Publication of FCC Net Neutrality rules in Federal Register will lead to flurry of court challenges, on both sides 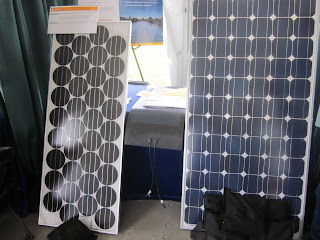 Abigail Phillips of the Electronic Frontier Foundation has an article Oct. 3 about the flurry of legal challenges following the publication of the FCC’s new “Network Neutrality” rules in the Federal Register, with EFF (website url) here.
The Government Printing Office link for the new rules (simple text) is (website url) here.
The rules are criticized for their exceptions (allowing telecommunications carriers to intervene prospectively to stop putative copyright infringement).
The National Journal has a discussion of the various legal challenges from telecommunications carreirs, who say that the law unconstitutionally differentiates wireless carriers from traditional wired services, (website url) link for the story (Josh Smith).


The Media Access Project, like EFF, maintains that the neutrality rules could turn out to be spineless, and has a large page on the issue (website url) here.


There is a lot to sort through here.
Posted by Bill Boushka at 8:13 PM No comments: 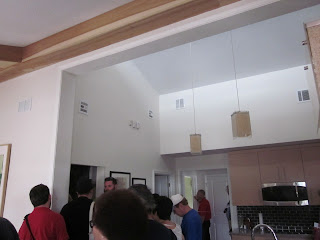 Tom Devaney has an important and detailed story on p A7 of the Sept. 30 Washington Times, “Fighting for spectrum space; Broadcasters ‘extremely nervous’ FCC will favor broadband”, main link (website url)  here.
The FCC and telecommunications companies presumably want to reach rural areas with broadband that is as efficient as possible, even in out-of-the-way mountain areas on remote dirt roads.  But the “side effect” in some areas could be loss of broadcast channels, or inability of new conventional or even cable channels to enter the market.
Devaney has a sidebar story on that page on how the Detroit area could lose all three of its “free” broadcast channels (not dependent on cable) that depend entirely on commercial advertising spots.
Back in the 50s and 60s the government made a big push to promote UHF access for everyone. I recall that some smaller cities (like Huntsville, AL) had more UHF channels than Washington then, when I grew up, from comments made by family visitors to our home.
Maybe those old antennae and rabbit ears will indeed become obsolete, even with digital tuners.  The Dish doesn't sound like fun, either.
Posted by Bill Boushka at 12:41 PM No comments: