NY Times "comes out" for Network Neutrality in brief editorial 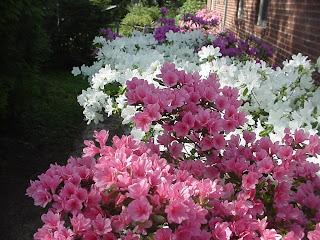 The New York Times has an editorial “Access and the Internet” on p. A16 of the Saturday Aug. 29 paper. The link is here. The brief editorial comes out very strongly for Network Neutrality as it is usually presented. It argues tat without NN, telecommunications companies will give preferred outward bandwidth to large paying customers (compare to individuals and bloggers) and may even censor (as it mentions a “planned parenthood” case). It also mentions possible other issues with unfair competition, regarding Apple, the iPhone, Google Voice, and AT&T.

Others have insisted that the free market will prevent these problems. I tend to agree with “the latter”.
Posted by Bill Boushka at 8:06 AM No comments: 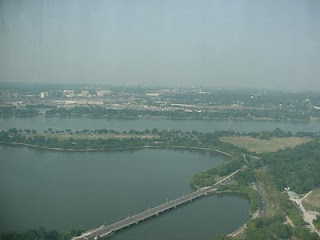 Here are some notes from the Public Safety and Homeland Security Conference at the FCC in Washington today on Aug. 25 (see previous post). The meeting was brought into homes with Cisco Webex, and Vista installed and ran the components easily.

Law enforcement and public safety needs tend to be specific. Many applications are character driven with fixed screens or maps (a concept well known to me from mainframe CICS) so sometimes the actual capacity requirements are small. But specific items need to be available to police officers, such as fingerprints or bio-data, in addition to the typical Motor Vehicle and wanted lists today.

Some of the infrastructure today should be kept on landlines. VHF goes through objects better than UHF and wireless.

Police departments need 100% availability even during catastrophes, so infrastructure backup should be based on satellites, off the planet and away from storms and conflict (although satellites could be vulnerable to solar storms).

An early presentation showed the broadband wireless coverage in Pennsylvania, and noted that there is no coverage in “The Land of the Endless Mountains” and that there are problems with lack of competition.

In the middle of the first session, there was a whimsical comment, “The United States invented the Internet”. At least, there was no mention of Al Gore.

In the second session, a speaker mentioned that the US broadband network is 4 times slower than the rest of the industrialized world.

There was also a question as to whether "network neutrality" would interfere with preferred service for emergency responders. If the term refers only to the Internet, it's not too relevant; if it refers to the entire network infrastructure, managed services are necessary because with absolute neutrality we become "sitting ducks."

The agenda link is in Sunday's post.
Posted by Bill Boushka at 8:02 AM No comments:

FCC to hold workshop, webinar on broadband and Homeland Security 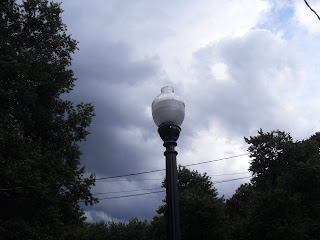 The Federal Communications Communication will hold a workshop meeting and webinar on the use broadband to enhance homeland security, on Aug. 25, 2009. The link describing the Washington DC meeting, webinar signup, and agenda is here. The first panel will stress the economics of broadband as a response infrastructure tool, and the second will discuss the use of broadband in handling specific infrastructure vulnerabilities.

The website lists a number of other workshops, all of which tend to argue the idea that broadband should be available in all areas as a critical instrastrucural utility.
Posted by Bill Boushka at 1:18 PM No comments:

FCC: Comcast, other ISP's must be more forthwith on bandwidth restrictions 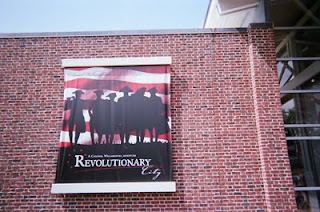 FCC Regulator want telecommunications companies to disclose to consumers exactly what they are doing if they limit bandwidth use, whether they charge or warn and curtail service. The story by Steve Hansell, “F.C.C. Chief would bar Comcast from imposing Internet restrictrions”, July 12, 2009, link here.

Kevin J. Martin, head of the FCC, had said that Comcast may have improperly interfered with the way some users exchanged large volumes of information over the Internet.

In some cases, Comcast apparently slowed the use of BitTorrent even when usage parameters had not been exceeded.
Posted by Bill Boushka at 3:55 PM No comments:

Does "Jupiter Jack" answer critics of cell phone use while driving? 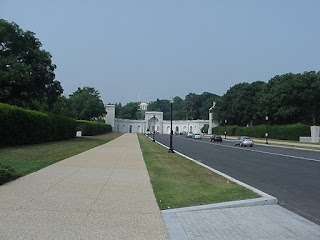 States are likely to ban not only texting and ordinary cell phone use while driving (maybe even eating and drinking pop or coffee). Safety experts say that even hands-free or Bluetooth devices present issues because the conversation is distracting as well as the use of hands.

Then will the Jupiter Jack for cars stand up to big government? The device, as advertised, makes it very easy to use a cell phone not only without hands but also without wires. I wonder.
Posted by Bill Boushka at 1:41 PM No comments: 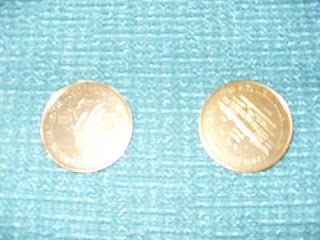 Coffee shops are starting to “pull the plug” on customers who sit in their offices all day for free wi-fi but don’t buy any food, according to a Wall Street Journal story Aug. 6 by Erica Alini, “No More Perks: Coffee Shops Pull the Plug on Laptop Users; They Sit for Hours and Don't Spend Much; Getting the Bum's Rush in the Big Apple”, link here.

The story was offered Saturday morning on Dell-MSN’s home page for Dell computers.

It’s also a bit unwise to pursue personal transactions on free wi-fi space, although the encryption of the https protocol is supposed to offer some protection.

The going rate for subscription to secure services is still about $40 a month for 5 gig transfer. It’s not as generous as cable yet.

In Ohio, a few months back, a man was prosecuted when seen by police using wi-fi in his car right outside a coffee shop.
Posted by Bill Boushka at 7:40 AM No comments: 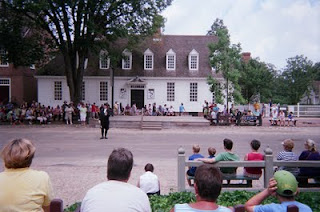 The author (Victor Godot) makes a distinction between “access to the Internet” and “access to contents on the Web” (presumably including publishing on the Web, possibly free or personal content). The author feels that this could lead to setting up a “major leagues” on the Internet, and the relegation of the “minors” or “sandlots” to sporadic or unreliable and less credible service.

Generally, so far, the economics of the Internet haven’t worked out that way as he fears. But future political forces or methods of control, as Lessig describes in his “Code 2.0”, might take us in that direction.
Posted by Bill Boushka at 11:50 AM No comments: