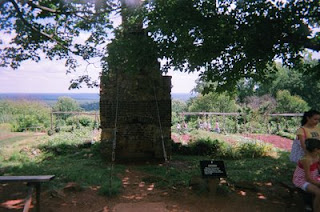 A Company called “Bio Pro Technology” has an article (by Tim Kennedy) on p 31 of the Arlington-Fairfax “Your Health” Magazine for Aug. 2009. It claims that prolonged cell-phone use (and Bluetooth use), especially in the young with developing brains and thinner skulls, might be associated with tumors or malignancies later in life. There is a prospective concern that a decade from now we’ll have a definitive study and then liability issues for manufacturers of the devices, a cornerstone of modern communication technology.

The weblink for the company seems to be this.

The website requires a “consultant id” to use many of its features right now.
Posted by Bill Boushka at 11:01 AM No comments:

NHTSA held back report on cell phone use and driving: telecommunications lobby at "work"? 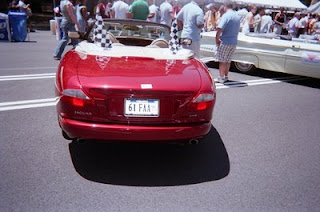 So now we reach another one of Joshua Cooper Ramo’s “unthinkable” ideas: maybe all cell phone use in cars will be banned soon. That comes after the National Highway Safety Administration (link) got caught in the open without having revealed a 2003 study showing how dangerous it could be. Girls, even with handheld devices, it’s the conversation that distracts. The “unthinkable” and “horrid” story is available here.

What’s next, banning eating and coffee drinking? That can help keep you awake.

Media reports rumor that the cell phone industry “lobbied” to suppress the report. I wonder.

I applied for a job with NHTSA back in 1971, one of the few times in my career when I was pseudo-desperate.
Posted by Bill Boushka at 5:17 PM No comments: 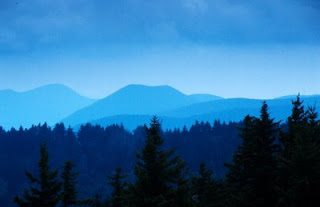 Lisa Myers tonight, on NBC Nightly News, reported that a lot of the Obama Administration’s economic stimulus appropriation for rural broadband is held back by the inadequacy of the Department of Agriculture’s Rural Utilities Service, which is supposed to handle some of the stimulus. The report showed a farmer in North Carolina dialing up to Earthlink through ordinary land phone lines, which 10 years ago seemed adequate, before heavy video streaming and automatic security software updating.

The RUS was criticzed for spending a third of its broadband assistance resources on wealthy and politically connected exurbs rather than for truly rural areas. Some parts of North Carolina really are the boonies, not just One Tree Hill or David Lynch country.

Visit msnbc.com for Breaking News, World News, and News about the Economy 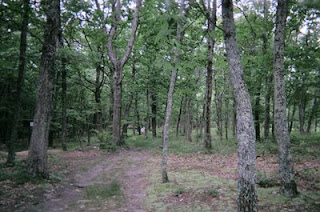 Bob Unruh, of World Net Daily, has a story reporting a House Rules Committee rejection a resolution preventing restoration of a provision to allow the FCC to enforce the “fairness doctrine” over the airwaves. The story believes that the FCC unfairly censors religious broadcasters. I know, the story is confusing and it seems to consist of a “double negative.” Such is politics.

The Heritage Foundation has a position paper arguing against the Fairness Doctrine (why it is “anything but fair”) here, The basic argument is that proliferation of stations (and now of individual speakers and bloggers) makes it unnecessary.

Wikipedia’s article on the Fairness Doctrine is here. It was stopped in 1987 under the Reagan administration. It should not be confused with the Equal Time Rule.
Posted by Bill Boushka at 2:41 PM No comments: 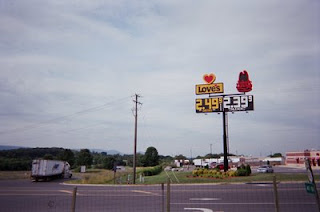 Here’s some more reasons that “liberals” are concerned about monopoly business practices on the Net, even if the owners and management of these companies are probably much closer to the Democratic Party than the Republicans.

Facebook is getting sued by Power (back) for restricting access to Facebook for purposes of scraping and consolidating profiles. The summary story (by Nicholas Carlson) appears on July 10 in Business Insider here. True, if you go to Power.com, you’ll see Twitter, LinkedIn, Orkut and MySpace, but no Facebook.

Electronic Frontier Foundation, in an article by Jennifer Granlick, points out that Facebook closed down a “controversial” (or perhaps “risqué”) medical marijuana group (in its home California, it’s supposed to be legal, and the new administration is supposed to be backing down on this – so I don’t get the fear factor) and then adds that Facebook is making it harder for users to take their content elsewhere. That sounds like the “discriminatory monopoly” ideas floated around in the net neutrality debate. The EFF article is here. EFF also points out that Facebook would be the eight largest country in the world if measured by its user count; that's how much asymmetric power its founder generated by hitting "Enter" in his dorm room in 2004!

EFF goes on with a good metaphor about the telecommunications. The CTIA, it says, is trying to keep customers of major “phone companies” from taking their devices with them when they want to switch carriers. That flies is the face of some adventurous or enterprising teenage reverse engineering of these devices reported before here.

The CTIA is the acronym for “The Wireless Association” and its Policy Topics page is here. It has a brief policy paper link there that opposes formal net neutrality legislation.
Posted by Bill Boushka at 9:06 AM No comments:

New router for geeks shows the temper of the telecommunications companies 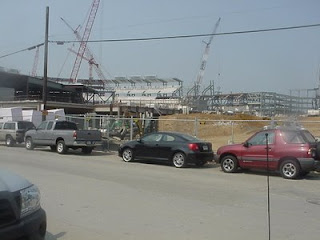 I’m a little late reporting this news story, and I wonder on which blog it best fits – but I’m picking on my Network Neutrality blog, because one of the practical considerations for “net neutrality” is the user friendliness of any of the hardware and software that consumers need to communicate over the Internet, whether the Web, social networking, entertainment (the focus of this item), or P2P.

So we have an article July 1 in The New York Times by David Pogue about the ultimate “mashup” (to borrow a buzzword from Joshua Cooper Ramo and his recent book on “The Unthinkable”) home PC device: the D-Link DIR-685 router, which would allow the hobbyist (and amateur movie pirate) to download BitTorrent files while having everything out of the house – perhaps for that mandatory business trip. The link is here.

Pogue makes the point that the directions for the product are misleading and that the company seems to have sloppy support. Telecommunications companies act as if they expect all their customers to be teen geeks.
Posted by Bill Boushka at 7:15 PM No comments:

Biden announces $4 billion economic stimulus for broadband, but with a catch: low standards! 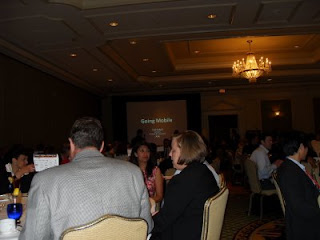 Vice President Joseph Biden has announced the release of $4 billion in economic stimulus funds to provide broadband access in many more rural areas of the nation, according to a Washington Post story July 2 by Ceclia Kang, link here.

The minimum transmission rate is only 768 kilobytes per second, which would not be sufficient to watch video or apply automatic updates comfortably. The low standard was set because it is very difficult to build cable and fiber optic networks in some remote areas. Smaller companies like Level 3 and XO Communications are more likely to apply for grants than are Verizon or Comcast.
Posted by Bill Boushka at 7:21 AM No comments:

"Safelink Wireless" is a free service available for income-eligible customers 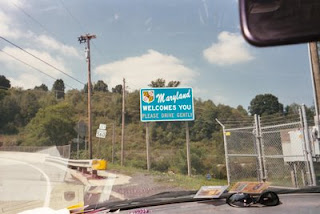 On Tuesday June 30 television stations ran public service advertisements for a service called “Safelink Wireless”, a government program that provides wireless service and free minutes to customers within certain income parameters. The link is here. Call waiting and voicemail are available, and unused minutes do roll over (see the comment). The website offers a zipcode box to get details for your state. For example, in Virginia you have to participate already in another public assistance program, and no one in your household (even if not in a legal relationship) can received cell service.

The ad emphasized the value of the program for customers stranded in an automobile in rural areas.
Posted by Bill Boushka at 4:57 AM 2 comments: