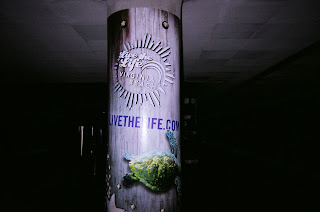 Jacqui Cheng has an interesting Ars Technica article on what can happen if you download too much overseas without activating a data roaming plan. “Alberto” was hit with a $62000 bill, later negotiated down to $17000, for downloading the 98 minute “Wall*e” while on vacation in Mexico. There’s also a class action lawsuit against iPhone for a $2000 charge for roaming in Mexico.

The moral is, plan carefully before traveling abroad.

I can recall being bemused for a separate $2.95 “international” connection charge to AOL from a motel in Thunder Bay, Ontario back over Labor Day weekend in 2001, when I lived in Minneapolis. I would receive a spammy email warning of impending catastrophe, which I attributed to just that, or maybe a virus. It’s a peculiar memory. The last time I was in Europe was spring 2001, and I found it easy to get on the web in hotels everywhere, even then, without significant charges.
Posted by Bill Boushka at 7:33 AM 1 comment: 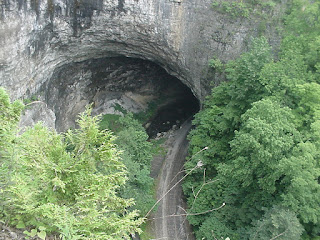 Cecilia Kang has a front-page story in the April 23 Washington Post about the variable results of investing in broadband in rural areas. The story title is “Rural Riddle: Do Jobs Follow Broadband Access?: Two Hamlets That Got High-Speed Lines Show Wildly Different Results”, and the link is here.

Our “tale of two cities” involves Lebanon, and then even farther to the SW along Route 58 in Virginia, Rose Hill. Lebanon attracted a number of high paying jobs with Northrop Grumman and the software vendor CGI; Rose Hill only got a few more home-based businesses.

Still, I wonder if we will be able to view broadband as a basic utility, like electricity itself. Remember how electricity developed in rural areas in the 1930s.

That part of Virginia jets way out to the west, toward Cumberland Gap, into coal mining country, as in the recent independent film “Bonecrusher”. 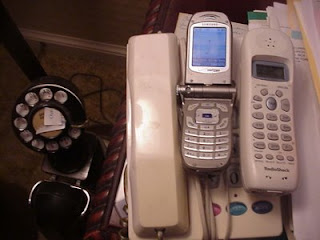 The print version of the April 1, 2009 Wall Street Journal (I really do buy printed newspapers sometimes, like a good citizen) carried a large special advertising section titled “Wireless World.” Usually, you don’t expect to find these online, but, lo and behold, here it is, “wireless advances around the world,” at this link.

The cornerstone companies were Sprint and Verizon, each with full page promos.

There’s an article by Joe Mullich, “How to pick your mobile lifestyle.” One of the biggest points of the entire section ins the generational spread. Younger people expected to be followed with tweets and accept the “intrusions” of others’ cell phone conversations and texting in public, whereas older generations (especially overseas, particularly in Japan) see it as rude. The “intimacies” on disco dance floors get interrupted by calls and particularly text messages all the time (like every disco is an extension of “Gossip Girl”).

Japan is about to get cellphones with 3-D images.

Sprint has found that a surprising 18% of Americans now depend on wireless without a landline.

More businesses are finding that wireless is essential for their sales forces (particularly in insurance). But home-based catalog customer service has yet to allow its workers to get by on wireless alone (possibly because of security concerns) but that is likely to change eventually.
Posted by Bill Boushka at 3:27 PM No comments: