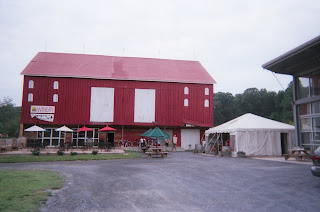 The Washington Post has a major story today (July 23, 2008) in the Business Section, p D1, about the customer service complaints against Comcast. The story is called “Call the Cable Guy, Again: As Comcast Grows, Service Problems Dog Customers,” by Cecilia Kang, link here.

The general problem is that as Comcast has added customers in areas, it has not always maintained the infrastructure and staff necessary to support increased demand that often goes with building new condos or “McMansions” in neighborhoods. In a few cases, customers have had to wait a week or more and endure repeated visits and sometimes technicians fail to notice that neighborbood nodes need to be upgraded or replaced. The problem may be especially serious in the District of Columbia, as around Dupont Circle.

Often, cable installers are hired as independent contractors rather than as employees.

I got Comcast in 2003, high speed Internet and cable. I started having some periods of slow response or dropouts in 2005 or 2006. The problems would be intermittent. The problems improved finally after a technician replaced several splitters. I am told that splitters, exposed to the elements outside, do degrade and that sometimes only certain ranges of channels are affected, or that Internet connections can stall and restart depending on temperature or humidity in the splitter.

There have also been problems when specific users downloading or transferring huge video files, which many complain Comcast interferes with and slows down, to protect the access of other customers when capacity is finite. A solution could be to bill for excess use.


I’ve discovered, in working with ISPs and telecommunications providers, that often individual employees are not well trained and do not respond consistently to the same problem. I worked in supporting a customer service workbench for an insurance company in 2000 and 2001, and found that it is necessary, as a call center employee, to have very elaborate scripts and cookbook rules as to steps to try to resolve a problem. Call center work is not easy. If I went back to work out of retirement, I believe I could help a company like this improve service with better methods of organizing responses to problems.

Back in the 1990s, we had “Media General Cable” in Fairfax County, VA, and occasionally there would be cable outages for twelve hours or more. In Minnesota, I had Time Warner Cable, which had the irritating habit of going down for a while on Sunday afternoons!
Posted by Bill Boushka at 7:42 AM No comments: 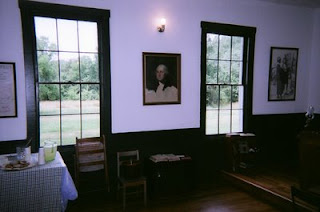 In the past, on this blog I’ve reported news stories criticizing Comcast and perhaps other telecommunications providers for shutting off customers with wildly “excessive” use. Now, the head of the Federal Communications Commission has indicated that he will suggest that Comcast be fined for blocking users who excessively use certain kinds of P2P software. There are reports that Comcast has blocked certain kinds of traffic (probably related to BitTorrent) regardless of volume. This violates the “spirit” of network neutrality. A Comcast spokesperson stated that Comcast only regulates customer traffic to an extent necessary to prevent one customer or a small number of customers from interfering with the usage of everyone else.

The FCC had issued a policy statement for broadband providers in September 2005, PDF link here. It says that broadband networks must be “widely deployed, open, affordable and accessible to all consumers.”

The AP story dated July 11 is by John Dunbar, link here. It was reprinted on p D2 (Business) of the July 11 Washington Post.

The story suggests that Comcast has not been penalizing users for watching movies from legitimate movie download websites, subscription or free, like Netflix or Logoonline (which offers many shorts for free, legally, paid for by feeder ads). I found it cumbersone, but recently watched “Escape from Suburbia” after Netflix forced an upgrade of my Windows Media Player. However, in a few markets, several telecommunications companies are testing metering for use over certain maximums.
Posted by Bill Boushka at 8:47 AM No comments: 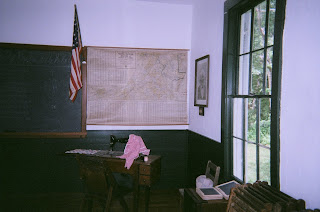 The AP ran a story July 3 by Anick Jesdanun, indicating that many consumers do not choose broadband Internet access when available. The link is here. The story appears on p A9, Business and Economy, of the Friday July 4 Washington Times.

The study was conducted by the Pew Internet and American Life Project. The report appears to be by John Horrigan and may be navigated from here.

14% of those polled said that they could not get broadband in their neighborboods. But 35% said that broadband prices are too high (despite the introductory rates) and many live in areas with only one provider, where the lack of competition raises prices.

In general, effective use of the Internet, including any kind of self-publishing or small business, tends to require broadband to get all the security updates easily. Anti-virus and security upgrade files are often large and take a long time to download at 56K. Also many software packages are sold mainly by download, often with large files. It is true that many individual websites don’t require broadband for effective viewing. Files with text only, or even text and one or two images, are usually viewed easily at 56K with dialup. WS-FTP works reasonably well at dialup speeds for files up to about 500K. But it is difficult to watch video (YouTube) at this speed. Furthermore, many ISP’s seem to be withdrawing from dialup and require an existing Internet connection.

Some people need to consider broadband availability, price and stability in areas when they move. Apartment guides often list it, but not always accurately.

Wireless connections may work for many people, but are less secure unless a high quality subscription plan with many hotspots is purchased from a relatively large and stable company.

FIOS in many areas may improve broadband quality, but will take time to reach many areas.

Broadband in many communities will (like electric power itself) be subject the hazards of frequent severe storms, as in much of the Midwest or in many coastal areas. Wireless subscriptions (for laptops) may keep people exposed to these hazards connected.
Posted by Bill Boushka at 10:56 AM No comments:

AT&T will let customers roam without a contract, for a stiff price; hardly "neutral" 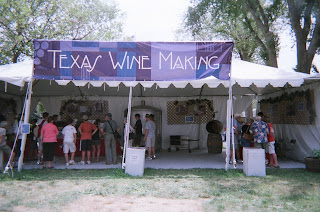 AT&T announced on July 1 that it would offer smartphones to people who want to use a different carrier, but at a steep price, for either 8 or 16 gigs. For people willing to commit to an AT&T contract, the price is something like a third ($199 to $299 for two year contracts.

A year ago, recall, some geeks, even in the teen world, had figured out how to reverse engineer some of these devices. Companies are catching on, but trying to induce customers to commit themselves to long contracts.

The iPhone 3G (to be available July 11) is supposed to offer higher speed web connections and access to new applications enabling customers to receive marketing information (like about concerts of events) from promoters in a geographical area. Much of the wireless additions to the XML language were developed some years ago to facilitate these kinds of applications.

As for net neutrality, it seems that telecommunications companies will go along way to keep customers tethered in the wireless world.

The Washington Post story appears on p D2 of the Business Section, “New iPhone Can Decouple from AT&T, for a Price,” by Mike Muscrove, link here.

The July 3 Business Section, p D1 of The Washington Post, has a story by Rob Pegoraro, "It Only Looks Like an iPhone," about Sprint Nextet's Samsung Instinct, including a picture, link here.
Posted by Bill Boushka at 9:03 PM No comments: