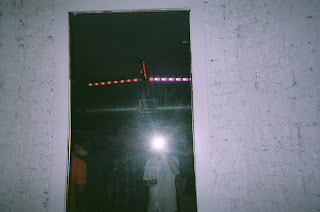 Some home computer users could find themselves pushed into the ranges of “Internet metering” in the future by media companies, as movie studios and particularly movie rental companies like Blockbuster and Netflix offer more feature films to be watched online. Other specialty companies, like Logoonline (for the LGBT market) offer a large number of shorts online (and encourage users to submit them) for free (that is, advertiser-motivated) viewing, and these include films of some substance with major corporate indie distributors. Furthermore, the quality and resolution of films improves with time, and more of them are full wide screen, with more information to transmit. A typical feature can use up about five gigabytes. Use of services like Skype and Vonage to transmit Internet phone calls also can push up usage for heavy cell users. (I have to say this: I wonder how people can carry on cell conversations for so long on disco floors on Saturday nights.)

Companies like Time Warner say that excess use metering will not affect ordinary home or small business users. Comcast slows down excess peer-peer traffic and AT&T admits that some sort of excess per-byte charge is inevitable. ISPs usually have bandwidth limits for shared hosting websites (with steep overage charges), but in practice the limits are quite generous for ordinary self-publishers. One potential problem is that overage detection only runs at discrete times in the day, and could suddenly happen and accumulate for a few hours without a subscriber’s knowledge.

The news story appeared Sunday June 15 in The New York Times, front page, as “Charging by the Byte to Curb Internet Traffic,” by Brian Stelter, here.

Previously, this blog has reported "beta test" experiments in Internet metering in a few communities around the country.
Posted by Bill Boushka at 6:01 AM No comments:

Broadband providers to test limits on excessive use by residential customers 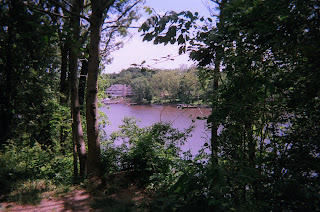 Comcast and Time Warner have agreed to test a new strategy to equalize broadband access use by holding up traffic of heaviest Internet users without zeroing in on specific applications or environments, such as P2P computing or BitTorrent. Initially the tests will take place around Chambersburg PA and Warrenton, VA. The companies may also experiment with charging very heavy users more for excess use.

Critics have complained that the companies are penalizing certain customers rather than investing in more infrastructure to meet rising use as service expands and newer neighborhoods, especially in exurbs, are built. In a few cases, customers have been cut off because of really excessive use, which reportedly would have required watching several feature-length movies on line a day.

I have tried watching Netflix online and find that it stalls after a while. So I usually settled for ordering and renting the bricks-and-mortar DVD’s.

The news story appears in print on p B1 (“Business”) of The Washington Post today (June 4), is by Ceclia Kang, and is titled “Heavy Internet users targeted; Providers to test charges, delays.” The link is here.
Posted by Bill Boushka at 6:29 AM No comments: 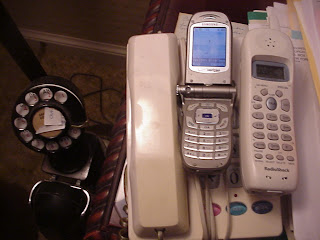 Although it has been long known that cellphone companies charge for prematurely ending service contracts, the difficulty of canceling cable and broadband Internet services has more recently attracted attention. Apparently, according to a story by Cecilia Kang in the May 31 Washington Post, the Federal Communications Commission is soon going to pay more attention to these problems. The story is called “Scrutiny of Phone Fees May Broaden to TV, Internet; FCC Hearning to Target Cancellation Charges”, link here. Hopefully, this investigation would scope in the repeated phone calls and time consumers have to make (and uncooperative customer service agents, who get paid to keep customers) .

There is, at least indirectly, a “neutrality” issue here. Some companies, especially Verizon, have become aggressive in offering combo plans for wireless (secured) Internet, fiber-optic cable (FIOS) Internet and phone, and both wireless and landline phone. Although it may be attractive and economical to switch to such a plan, coordination to cancel with piecemeal services from other companies may be cumbersome and may not happen at one time, enabling a smooth transition without disruption.
Posted by Bill Boushka at 1:20 PM No comments: