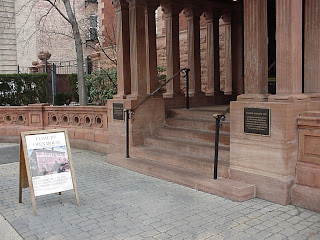 On Feb. 12, 2008, the house, with a bipartisan introduction from Ed Markey (D-MA) and Charles Pickering (R-MS) listed a new Network Neutrality bill for the 110th Congress. The short title is the “Internet Freedom Preservation Act of 2008.” The tracking number is H.R. 5353. The bill establishes United States public policy goals for network neutrality in terms of consumer and speaker freedom from unreasonable interference from telecommunications providers.

On Feb. 20, the DC Examiner carried, on p 16, a short commentary from the Free State Foundation (refers to Maryland). The link for the commentary is here. The opinion criticizes the bill’s surface vagueness and equivocation, and then says that it essentially a call for regulation as if telecomm companies were “public utility common carriers.” One can read an address (PDF file) by Sen. Jim De Mint (SC) from December 2007, here where he discusses Net Neutrality at the end.

Comcast, perhaps others, may be involved in manipulating P2P streams to prevent customer "abuse", said to violate net neutrality 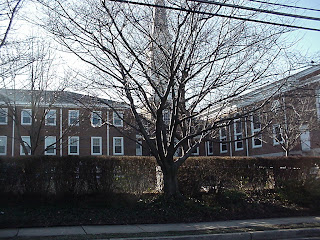 ABC affiliate WJLA in Arlington VA today reported that Comcast did acknowledge tinkering with extremely large file sharing transmissions in order, it says, to avoid excessive bandwidth use and inconvenience or disruption to other customers who are staying within the parameters of more normal usage. Some consumer groups of law professors have complained that Comcast is violating "network neutrality."

It's possible for an ISP or telecommunications provider to programmatically insert packets into a P2P file-sharing data stream to appear to come from the user when they actually come from the ISP. These techniques may have been known for over a decade, as a textbook by James Martin on telecommunications written in the early 1990s explains how these techniques can work.

The WJLA story is called "Comcast Defends Internet Practices" and the link is here.

Comcast high speed Internet service sometimes seems to slow down during the middle of business weekdays (at least from my experience). The practice reported by WJLA could be going on to improve ordinary customer service during these times of heavier use. Cable companies like Comcast and Cox have experienced large residential growth and bandwidth use increase in recent years. More an more media companies (like Netflix and Logo) offer movies for viewing online, but this activity doesn't require P2P or BitTorrent, which is what seems to worry ISPs the most.

Electronic Frontier Foundation had published papers on Comcast and other ISP's, as noted on this blog last December (link).

Earlier on this blog (Jan. 26), I discussed the most recent Network Neutrality proposal, S215, link here. It would not appear that S215 would prohibit good-faith efforts from ISP's to prevent very usually high traffic from a small percentage of users.
Posted by Bill Boushka at 11:35 AM No comments: 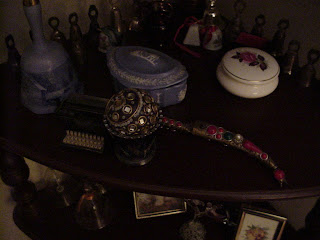 Well, I don’t have a blackberry, because I’m not mobile enough to need it all the time. When I was substitute teaching, one kid with handwriting problems was allowed to use it for assignments, from which he printed his reports. Businesses and governments claim that they have become dependent on their being always on, so an outage is a bit like cutting the transatlantic cable a century ago, or cutting a telegraph line in Jesse James ‘s era, or even the recent Internet outage around the Indian Ocean.

The outage Monday Feb 11 is said to have lasted about three hours, with no content lost, and with voice and text messaging services undisturbed. News report indicate that it took much longer for users to restore service.

The Canadian company Research in Motion has not yet provided much explanation for what happened. There was a similar incident in April 2007.

But the incident does underscore the need for competition in all phases of Internet service delivery.

The AP story February 12 is by Jordan Robertson, “BlackBerry Outage Frustrates Users Again.” Link is here. Right now, users don’t seem to have much choice. Later information indicates that the BlackBerry outage was caused by an upgrade (or "promotion" or "elevation", the terminology used in I.T. shops) that broke something. These changes can be very difficult to test.

I have to admit, when I’m out on foot, it would be nice for it to be easier to check my own email and domains. I usually wait until I get home or near a Kinkos (or maybe the Pop Stop in DC). It’s not practical to carry a laptop all the time, or to bother with them in airports. Motel business centers are not that safe or reliable. Not too efficient.
Posted by Bill Boushka at 11:58 AM No comments: There is a major report on Switched.com by Tim Stevens, "AT&T Suffering Intermittent Outages," link here.

Comments by visitors on AOL where the story appeared generally reflect negatively onm AT&T service and prefer other vendors.

In 2006, after a localized freak winter thunderstorm, I lost local phone service for three days. I had AT&T although the lines belonged to Verizon. It took three days for someone to show up to reconnect a downed line, when there was not any widespread damage in the area. The cable service (Comcast) did not fail in the incident.

In the summer of 2003, I worked as a debt collector on the AT&T account. That was interesting.

All this news story seems to represent is the need to support competition. 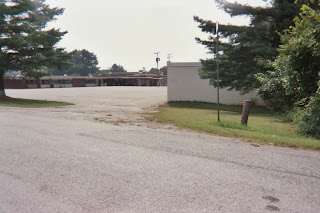 There is another intriguing story on Switched.com by Terrence O'Brien, where Intelius is shutting down a national cell phone directory over privacy concerns. The story title is "Controversial Cell Phone Number Directory Closes Up Shop" and the link is here.
I had discussed Intelius last week in connection with data mining and privacy, here.
Posted by Bill Boushka at 1:29 PM No comments: