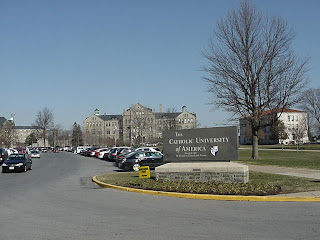 Leslie Cauley of USA Today has an important story "Phone giants' rising rates questioned" in USA Today on Jan. 29, 2008, link here. The story was also offered to AOL subscribers this morning, and AOL offered a survey.

AT&T and Verizon have been raising prices for specific services like caller-id and anonymous call rejection, as well as local toll calls (common in larger metro areas like Los Angeles). On the other hand, bundled telephone services are remaining competitive with what is offered by cable and Internet companies and may be falling in price.

There are concerns, as always, that the un-tech-savvy and low income or fixed income people are the most vulnerable.

In my own case, I have found (in Arlington VA) that Comcast, while raising fees slightly on Jan. 1, has added some additional channels in the 100-199 range (including Logo) without additional charges. In Fairfax County and Falls Church, Cox offers services essentially the same as Comcast. I still remember when I lived in Annandale in the mid 1990s that the company then was "Media General Cable" and the erection of cell phone towers in the area spurred controversy!
Posted by Bill Boushka at 5:35 AM No comments: 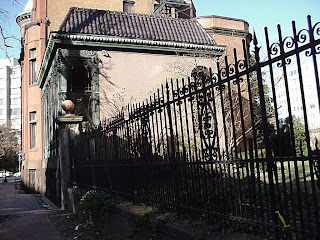 Early in 2007, at the outset of the 110th Congress, Senator Byron Dorgan (D-ND) and ten cosponsors introduced the “Internet Freedom Preservation Act” as S. 215. The bill is shorter and simpler than its predecessors (discussed in earlier postings on this blog) that have died at the end of the session. Internet debates on network neutrality sometimes refer to bills that have already expired, but similar bills get introduced in similar sessions with new numbers. Typically, as with partisanship in Congress, provisions get the cosmological “big rip” and then get re-bundled in new legislation, so debate must hit a moving target.

I have some details and links on my new Wordpress blog on “technology and law confluence,” here.

The bill does, upon detailed reading, appear to require telecommunications companies to make good faith efforts to make their services available to everyone reasonably, but does allow some stratification in pricing, based on bandwidth use. Perhaps this is “have your cake and eat it too.” Physicists do that all the time.

What really seems needed is more public understanding of how all of the ISPs, cable and phone companies, search engine companies and social networking companies make their profits. There has already been a lot of debate – continuous on these blogs -- on the exposure that the new technology creates for minors, as well as all of the security implications for businesses and individuals, and the nation as a whole. But, whatever the legal status of network neutrality to date, some observations some clear. Companies already have some stratification in the way they offer services. ISPs, for example, often offer both shared and dedicated web hosting, with dedicated more expensive. Does dedicated offer faster access? Probably. Is it “fair” to the public? Yes, partly because for small businesses and individuals, shared hosting works relatively well even in an unregulated environment. Shared hosting does offer economies of scale in some critical areas, like network security and backup and even disaster recovery. No one could reasonably say that this practice should not continue, as long as offered in good faith.

Companies have, over time, been offer to offer much larger amounts of disk space and bandwidth even to individuals with no real revenue from “operations.” There are potential exposures, to be sure. Despite the advances, it’s not feasible for me to post a two-hour high definition movie on my site for unlimited viewing. Some “image style” PDF documents, not searchable and taking much more space and sometimes preferred by lawyers for posting during ongoing litigation, can still present space issues. (My master’s thesis is in that format and takes 6 meg, and would only take about 500K as a converted word document.) In rare cases, a website that had antagonized some community might attract a DOS attack or repeated page loads of some big file, running up bandwidth charges until caught by the ISPs periodic account resource usage monitoring.

Other questions about telecommunications policy can arise when people do their own hosting and run their own web servers in rack space but work with telecommuncations providers, and this includes people who want to do hosting for others (I had my own work hosted by someone doing that until 2001, after 9/11). This may not be as common today as it was ten years ago because larger ISPs do have such economies of scale.

I wonder about the expansion of bandwidth, disk space, and search engine capacity as blogs and profiles proliferate, apparently exponentially, many of them even on free space. So far, the mathematics of supply (to some extend based on a programming “interview question” concept as simple as the binary search) has kept up with user-generated-content demand, and may well be driving it. Advertising, miraculously, seems to pay for it just as it has with network television (and that amazed people in the 1950s).
Posted by Bill Boushka at 11:17 AM No comments:

Immunity for telecommunications companies is a related issue 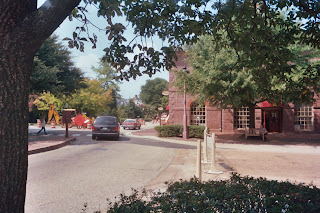 I wanted to mention a website that encourages the public to contact Congress to stop illegal or unsupervised spying on Americans domestically, and particularly (and this is why it is a telecommunications issue for this blog), measures that would provide immunity to telecommunications carriers when they engage in illegal spying activities.

Cindy Cohn has an article posted on Electronic Frontier Foundation today "Bloggers and Others Push Presidential Candidates on Immunity," here.

In 2005, there was an important independent film from Screen Media Films and Red Envelope, "This Revolution," directed by Stephen Marshall, where Nathan Crooker plays a journalist who, when covering the 2004 Republican Convention in New York City, discovers that his big media corporate employer has been paid off by the government to turn over his videotapes to Homeland Security. This is essentially a film rendition of the telecommunications "immunity" problem. The film had a limited theatrical release in "arthouses" in 2006.
Posted by Bill Boushka at 8:43 PM No comments:

Time Warner will test charging for excess Internet use, in a Texas city 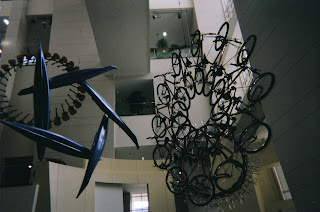 Time Warner Cable will start a trial in Beaumont, Texas (on the Gulf Coast, about 100 miles east of Houston) where high speed Internet customers are billed by use, in certain tiers, after the exceed certain thresholds. The practice will start in the Second Quarter of 2008. The story on USA Today is called "Time Warner tests billing by Web use," and the link is here. Stratification of customer use apparently showed that about 5% of the customers in that area accounted for 50% of the capacity.
Posted by Bill Boushka at 7:33 PM No comments:

Consumers Union: strong network neutrality legislation is a must (2006) 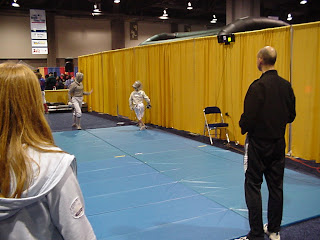 The rather detailed piece does deserve a careful reading. Many interesting points are made in the “Fact v. Fiction” dot points. For example, network neutrality legislation has always existed. Telephone companies have received billions in public subsidies. Telecommunications. Executives tend to see the pricing system as a “zero sum game” unless the legal climate encourages them to offer more broadband resources to the average consumer. (That point could be debated). The Consumers Union is quite critical of what it sees as the inadequacy of HR 5252 and Senate ATOR S 2686, and writes:
“If Congress passes the House bill, or the Senate bill as it was reported out of Conference Committee, there will be no laws guaranteeing consumers’ right to the online content of their choice for the first time in the history of the Internet.” The paper maintains that Network Neutrality is a balanced, bi-partisan concept that supports free market competition, and is not the product of a left-wing “cabal.”

Up until now, technological capacity has grown so fast and economies of scale among giant telecommunications companies, search engine companies, and ISPs have been so effective that they have been able to offer speakers capacities to reach the entire planet that would have sounded unbelievable fifteen years ago. Indeed, the capability of the individual acting alone with no capital and no financial or other accountability is one of the factors that has generated the “reputation defense” crisis that I have discussed recently on other blogs. Even so, many outages that consumers experience are related to capacity and temporary overload issues.

One cannot be complacent that companies will always be able to offer consumers and speakers almost unlimited access to global technology. The falling value of the dollar and various global infrastructure and political issues could make this more problematic in the future. Companies could eventually require more measures of accountability for speakers, probably measured in the ability to "compete" (individually or by manipulating others) and generate revenue.

Soon, I’ll track down these laws, see where they stand and see how well these points, made in May 2006, stack up against the “facts” today in early 2008.

The most important current legislation in the 110th Congress appears to be S 215, "The Internet Freedom Preservation Act", here on Govtrack. There will be more details on this blog in the near future.

See June 2006 on this blog for the "original" net neutrality legislation, that also died.
Posted by Bill Boushka at 8:00 AM No comments: