Verizon Wireless will allow any phone or device on its network 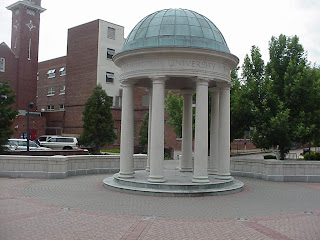 An AOL story today by Terrence O'Brien "Verizon Wireless To Let You Use Any Phone On Its Network" reports that Verizon will allow connection with any device that meets its standards on its network. The standards will be published in early 2008. Apparently they will not allow T-Mobile, AT&T and iPhone. The company may charge a fee to test attached devices. Apparently the move satisfied FCC auction requirements and does not relinquish a lot of "control." The link is here here (aol subscription might be required).

One disadvantage of the policy change is a greater risk of malware appearing on a cell phone, since Verizon no longer controls all the software that can be loaded.

Verizon as a company has been moving aggressively into the consolidated communications market with fibre-optic packages to offer all services.
Posted by Bill Boushka at 11:35 AM No comments: 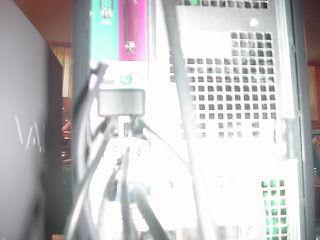 Some postings on Microsoft's own corporate site establish the company's support for Network Neutrality legislation.

One such example is on a page called "Policy Agenda: Issues Vital to the Future" with the link here. The subheading is called "Economic Opportunity: Preserving Consumers’ Internet Freedoms (Net Neutrality)." Microsoft claims that there are two core ideas that should be part of the legal system. These are: (1) preserve the ability of consumers to access and use lawful Internet sites, content, services, applications, and devices of their choice; and (2) ensure that network operators will not unfairly or inequitably interfere with the ability of online companies to deliver their products to consumers over the network operators’ local facilities.

Microsoft has detailed Congressional testimonyby Craig Mundie from March 2006 on rural broadband access here,
Posted by Bill Boushka at 7:19 AM No comments: 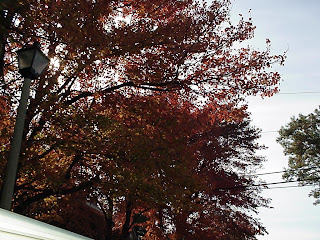 A related story appeared Monday Nov. 12 in The Washington Post, p A07, by Frank Ahrens, "FCC Moves to Place Restrictions on Cable TV: Companies Push Back Against Plan to Cap Ownership, Reduce Costs for Programmers," here.

In a general way, the FCC is said to be moving in a direction counter to the usual Bush practice of deregulation. The FCC will assume new administrative law powers over cable companies that become too big and have sufficient penetration in given markets (the “70/70 rule”), and may be able to prevent acquisitions and force them to work with unaffiliated companies that offer specialized programming.

This cuts both ways. We don’t like to see the government preventing ownership alliances (like movie distribution and movie theaters) in some cases, because intervention could hamper efforts of independent artists to get their work distributed. In other cases, though, intervention might seem necessary to prevent media companies from squashing competition for consumers. (This sounds like the “Chinese Wall” concept, which supports the idea of separation of functions among separately owned entities to prevent one entity from having unfair influence in proportion to its means.) Generally, with an open Internet and worldwide audience for individual speakers, it is much harder to predict what the effect of regulation will be in practice, which is why the network neutrality debate is so difficult in practice to unravel.

In the Washington DC area, there has been controversy because Comcast has not yet seen fit to offer programming from the Logo (GLBT) network, although much Logo programming (such as the Democratic candidate debates) has been available over high speed Internet directly (or DirectTV).
Posted by Bill Boushka at 2:14 PM No comments: 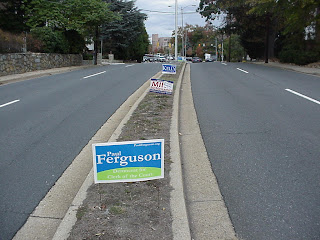 There is a four-minute film “Save the Internet” on YouTube, in animation, made by SavetheInternet.com. Celebrities such as Bill Moyers appear. The film does make the point that the Internet has allowed “the smallest person to reach every other person in the world” (that includes me!) and the film claims that this capability could be lost if telecommunications providers were allowed differential pricing for access to their hardware. The link is here.

YouTube also has videos of Ted Kennedy and Senator John Edwards speaking about the issue.

It would have been nice to include a film like this (maybe longer and a little stronger in details) in a documentary film festival or shorts festival, such as discussed on my movies blogs.

There is also a "Blogger Buzz" story today that individual blogs have been good in raising money for education and charity. The story is “DonorsChoose and Your Blog” here. So, when you combine this with the network neutrality debate, the implication is that individuals can be as important voices in fund raising as established “K Street” style organizations.

Network Neutrality presumably helps some individual entrepreneurs earn a living on the net.

The potential "power" of individual blogs was discussed on a report tonight (Nov. 7, 2007) on NBC4 in Washington in a report by Manuel Almaguer. He discussed Heather Armstrong, famouse for her Dooce site, and Jacob Greer, who makes some money writing for three sites (they showed his blog "Smell the Coffee") on practical matters.

AOL’s Weblogs Inc. was also presented on the show. That site has a panel to apply to blog for one of about 90 networked sites. Marty Moe was interviewed, and there is a 2006 "Red Herring: The Business of Technology" news story about him “AOL Adds Financial Blogs” here, Presumably, the applicant would need to be a subject matter expert in one of the areas presented by one of the sites. But again, all of this shows the democratization of the Internet and is underneath the network neutrality debate.
Posted by Bill Boushka at 8:13 PM No comments: