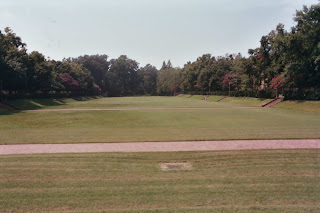 The claims that some companies are interfering with selected internet traffic continue. On Oct. 19, 2007, the AP ran a story by Peter Svensson, “Comcast Blocks Some Internet Traffic.” The link is here.

The article, quite detailed, apparently refers to how BitTorrent P2P is allowed to work with large files on this ISP. Apparently some large uploads do not work well, which means to other customers that some downloads will not work well. This appears to be related to a need to balance traffic with all customers and possibly a lack of a pricing policy that can penalize excessive use with fees. These problems have been noted on this blog Sept. 29 and Sept. 7.

I got an unsolicited copy of the AP story today (Monday Oct. 22, 2007) in my AOL inbox from the “Judicial Accountability Initiative Law News Journal” (“J.A.I.L.”), with the email titled “Companies seek to undermine Internet.”

Lauren Weinstein has a white paper (10/2007) "Breaking the Internet Network Neutrality Deadlock" at PIFR (People for Internet Responsibility) here. More details about his ideas will be forthcoming.
Posted by Bill Boushka at 8:20 PM No comments: 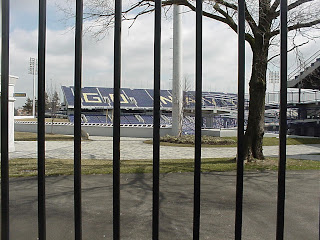 Things are pretty schizophrenic right now on the deregulation (and tangentially “net neutrality” debate), where terms are getting thrown around like pasta. Today (Thursday Oct. 11, 2007) The Washington Times had an op-ed by Hance Haney, “Broadbandits revenge,” to the effect that a soon-to-occur FCC decision on re-regulation could essentially force individuals and small businesses to foot the bill for preferential treatment for large companies. This is the “liberal” net neutrality argument in reverse. The link is here.

James Gatusso has a blog entry on this today (Oct. 11) on Technology Liberation Front, (“The FCC Faces a Deadline: Decisions on Special Access and Broadband Tonight?”)
as well as another entry to the effect that presidential candidates have backed off discussing this topic.

I’ll mention another blog to follow issues like this, “Sinners in the Hands of an Angry Blog: Cheering on Creative Destruction”, Angryblog. Tim Lee had a column in Brainwash in May 2006 “Save the net from what”? (here)in which he minimizes claims that companies naturally abuse freedom to censor users, although a couple of recent stories (on this blog Sept 29) complaining about Verizon and AT&T have occurred since then.

There is a lot more to unscramble here, as the language keeps changing.
Posted by Bill Boushka at 9:15 PM No comments: