Tim Karr on "The Point of Net Neutrality": competition 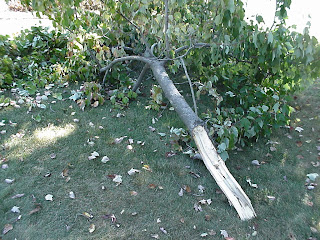 Today, Saturday, September 29, 2007, The Washington Post, on print page A17, ran a “free for all” LTE “The Point of Net Neutrality,” by Timothy Karr, campaign director for Free Press (link: and the SavetheInternet coalition . He denies a claim by Steven Pearlstein (discussed on the Sept. 9 entry on this blog) that net neutrality means people pay the same regardless of how much bandwidth they use.

Instead, what he says net neutrality aims is a large number of companies offering competitive pricing, so that a few companies don’t have the quasi-monopolistic “gatekeeper” control of content by pricing strategies.

His “Save the Internet” website claims that on Sept. 27 2007 Verizon “rejected Naral Pro-Choice America efforts to use Verizon’s mobile text-message program to communicate to its membership. “Verizon Blocks Pro-Choice Text Messaging,” link. However, in a story by Adam Liptak, The New York Times reports that Verizon reversed itself. He also claims that AT&T censored a Pearl Jam webcast criticizing President Bush, “AT&T Gets Caught in its Own Spin Cycle,” here. .
Posted by Bill Boushka at 1:42 PM No comments:

A note about the Internet Tax Freedom Act 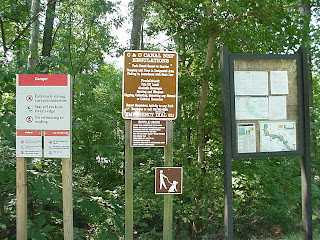 Recently there have been many television ads encouraging consumers to contact their senators and representatives to extend the ban on Internet taxes. As with many advocacy ads, they appeal to emotion, warning that Internet users could be paying taxes to home states every time they surfed if the ban were not extended.

The concept is a bit misleading. S. 1453 is “A Bill to extend the moratorium on Internet access and discriminatory taxes on Interstate commerce imposed by the Internet Tax Freedom Act.” This is called the “ITFA Extension Act of 2007.” Here is a pdf copy online.

The Internet Tax Freedom Act of 1998 expires Nov. 1, 2007. While it prohibited taxes on Internet ISP services, it did not by itself prohibit taxes on Internet commerce. In practice, many sellers avoid sales taxes on Internet commerce by setting up shell companies for Internet sales that do not have inventory in the same states. In some states consumers are responsible for paying these taxes as “use taxes” which in practice are difficult for states to collect. Some vendors do charge and collect sales taxes on internet commerce. When I had my own “High Productivity Publishing” (before I started selling my books through a cooperative publisher) in Minnesota, I did collect sales taxes and paid in a manner in accordance with state law, although the actual amounts were small.

Bplans.com and Nolo Law have a good writeup on how taxes on Internet sales of goods works, here.

While this is not part of network neutrality legislation, it certainly fits into the “spirit” of the debate.
Posted by Bill Boushka at 8:19 PM No comments:

High speed Internet access through cable -- customers who overuse cut off: a symptom of US bandwidth practices? 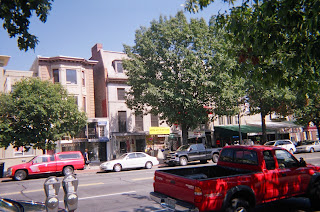 On July 9, I commented on a news story about a telecommunications (Sprint) provider terminating service to abusive customers by calling customer service too much. Today, The Washington Post has a provocative story by Tim Hart, “Shutting Down Big Downloaders: Comcast Cuts Internet Service to Bandwidth Hogs,” on p A1, print, here.

The story reports that a few users have gotten letters warning them that their bandwidth use is excessive and implies that it can compromise neighbors’ service. (This sounds like New Testament concerns over neighbors and collective welfare, in a capitalist system). In a few cases, service has been terminated suddenly without warning later, even when customers claim they cut down use. The report indicates that acceptable bandwidth thresholds could be exceeded by downloading several commercial finds a day or a thousand songs a day, however legally from a copyright perspective because of newer lawful subscription services offered by various content companies (to prevent piracy). The problem is much more an issue for high speed Internet offered with cable television service than it is with fiber-optics or wireless. Cable companies have a physical topology analogous to the old “party line” paradigm for telephone service. Comcast is the only company reporting service cutoffs in the story, although other companies could do the same.

One wonders why cable companies don't price more precisely according to bandwidth use. (They do differentiate their television packages.) They say that if they did, too many customers would cut as close as possible. But they do have small business plans, which may be necessary for customers running web servers and having high transaction volumes.

ISP’s offering shared web hosting typically do have bandwidth limits (for visitors of their subscriber’s sites), after which steep surcharges would apply. But for most personal customers the limits are very generous and of no practical importance. However, it would be an issue for someone offering large video files. I have a four-minute movie that I made of a ceremony in Congress, and it takes 270 meg in high definition, so I cannot reasonably post it to be watched that way. I have a mathematics masters thesis in pseudo PDF format, made by photocopying at Kinko’s, and it takes 6 meg, again a little bit risky in a shared environment. My largest HTML files on my sites are 600 K, which is OK.

As I noted above, however, many customers want to watch movies or television on line, straining traditional cable Internet. Sometimes these are films offered by independent filmmakers, and often they are offered P2P, even legally. Other times, they are programs offered by traditional companies. NBC is canceling the soap “Passions” but offering it online (while DirectTV also offers it). The Logo network offered the Democratic candidates debate on gay rights on line, and I watched it that way because Comcast does not carry Logo (I would have gladly “paid” to watch it on cable). Many local governments offer their board meetings on line, and many think tanks offer symposiums online (like Cato). This practice is becoming much more common for the home user. Netflix offers its subscribers some movies online “free” (with subscription), but these tend to time out after a half-hour or so; perhaps Comcast (which I have) is limiting the use because of excessive demand and strain. So I wind up ordering the Netflix DVD’s anyway.

Cable high speed Internet was very stable for me until about two years ago, when it had occasional slowdowns. Partly these are due to extra use in the neighborhood (large homes) and the need to expand the broadband network. I also had technicians replace some splitters that were beginning to corrode, and in all honesty I have to admit that cable Internet speed improved for me when outdoor splitters were replaced (maybe with newer hardware). ABI Research has completed a report indicating that crackdowns on big users may increase (I could not find the report), and that cable companies need to participate vigorously in FCC auctions of additional broadband space.

This all brings up the question, as discussed a couple of postings ago on this blog, why Internet broadband performance in the United States lags by an order of magnitude behind some of Asia, especially Japan. This was discussed in the previous posting on this blog. The “network neutrality” legislative issue has become as convoluted as health insurance. Libertarians (and thinktanks like Cato) believe that cable companies will perform better in an unregulated environment where they face stiff competition and have the freedom to innovate, especially with offering differentiated pricing structures for different levels of service. Liberal democrats argue that Japanese Internet companies have done well in a regulated environment where competition and sharing is “forced.” This may be a bit like the airline deregulation debate going back to the late 1970s.

On page F3 of the The Washington Post Business Section, Sunday Briefing, Steven Pearlstein writes in "Whiny Techies II" about network neutrality: "But lately the campaign seems to have morphed into a broader demand that all consumers should be able to pay the same monthly fee for using the Internet, no matter how much bandwidth they use or how much their movie downloads and video chats are slowing service to everyone in the neighborhood."
Posted by Bill Boushka at 11:02 AM No comments: