Government to auction a swath of airwaves: business model for mobile industry is debated 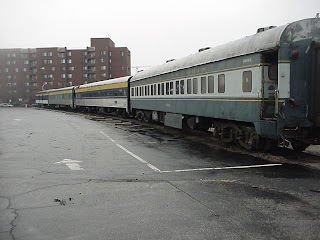 Miguel Helft and Stephen LaBarton have an important story on page A1 of the Saturday July 21, 2007 The New York Times, (in Technology online, link here: (may require registration and purchase): “Google Pushes For Rules to Aid Wireless Plans”

The largest search engine company is advocating a plan in which a consumer, when buying a cell phone or mobile device, be able to connect to any telecommunications carrier. The report notes that the company could bid over $4.5 billion for a slice of the nation’s airwaves to be auctioned by the federal government – as long as there is a “neutral” environment for consumers and carriers. The company believes that ad revenue could pay for additional systems development and infrastructure for all carriers to allow this choice.

Major carriers have lobbied against this idea, calling it “corporate welfare” and claim that they need the flexibility to develop targeted products and services for different kinds of customers who might pay more when using certain specific items of hardware in order to have faster access. Arguments like this have come up in conjunction with certain industries, like health care and hospitals, where preferred access might have a valid justification
Posted by Bill Boushka at 10:20 AM No comments: 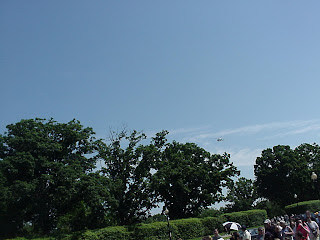 Today there was an odd problem on the Internet on the East Coast. I subscribed to Comcast high speed Internet (part of the cable television service). First, I know that in my area Verizon fiber-optical cable may soon be major competition (and I wonder if Verizon will carry the gay Logo channel; haven’t checked yet).

Around 10 AM this morning, I noticed that most news sited (most of all CNN, but also the Associated Press, The Washington Post, Reuters) would hang when I went to browse them. Other sites (like Amazon, IMDB, all of the blogger sites, and my own sites) worked normally. (Yahoo! was not affected.) The problem happened with both Mozilla and Internet Explorer. I tried to laptop, and got the same problem. Sometimes I got DNS errors, sometimes a timeout error. Then I dialed on to AOL through broadband, and found that in the AOL browser slot (which automatically uses IE on my setup), the sites would come up immediately. In other words, AOL has a different routing to these major news organizations, and some component in Comcast’s route was down. I sent an email to CNN technical support (by “dialing in” through AOL) about this. I tried to send an email to Comcast and found its email dialogue script not working properly (no send button).

All of this makes me wonder if there is experimentation going on for preferred services for companies that pay more, or it this is just a conventional router outage. Major news organizations would not want their content held up in any market-driven plan that gives bigger fish faster access to the Net, however. Nor would they want home users to have problems getting it.

Still, from network architecture and third-party networking companies used by ISPs and content providers, there would be plenty of opportunity to tweak delivery of content to willingness to pay prime rates. I’m not sure how this affects the big guys who got started in a era where “network neutrality” was legally driven.
Posted by Bill Boushka at 9:50 AM No comments: