Al Gore on Network Neutrality in "The Assault on Reason" 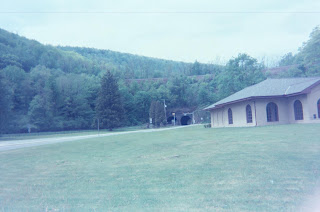 Al Gore, in his recent book The Assault on Reason, (review) does, starting on p. 265, provide a comprehensive account of his view for the need for legislated network neutrality.

He claims that the Clinton-Gore administration’s policy as to “impose very few regulations on the Internet to encourage innovation, business, and political activity.” He says, “Today, this long-established policy of “nondiscrimination” has been redubbed “net neutrality.”

That’s an odd mouthful of words, because later his discussion implies that remaining hands-off would lead to discrimination by established corporate conglomerates. He explains that there is a tier of companies that provide the infrastructure of the Internet, and some of them (including search engine companies and major content providers) don’t want to pay extra for access to preferred hardware and telecommunications services run by what used to be the telephone (and cable) companies. These content-oriented companies are able to provide free or very low cost services to average users because they are not charged premium prices by the communications companies, but could be charged more without network neutrality legislation. That could some day effectively compromise the ability of ordinary people to participate meaningfully in two-way communication so essential to modern democracy. Gore explains that communications companies today, because of the communications technology innovation, feel pressured by bean counters to maximize their economic “economic rent” (as originally conceived by David Ricardo) on their facilities,

One can question how neutral the Clinton years were. After all, Internet censorship laws like the CDA and COPA passed, although they would be struck down. (Actually, a desirable portion [section 230] of the CDA that limits downstream liability to hosts was kept.)

Corporate America actually jumped on the bandwagon that encouraged ordinary people to have blogs, personal sites and social networking profiles, and even to publish books without the bureaucracy and bean counting of the traditional media world. It’s even getting into making movies (which Gore takes up as viewer-created content, or V2C, indeed an important communication and distribution innovation). There is a concern about the risks that all of this poses, as we have already seen with protecting minors in the CDA and COPA cases, as well as chat rooms, spam, scams, viruses, solicitations, and other security problems. Employers worry about the “motives” being personal postings of associates and fear that, like office gossip, they could distract customers or clients. Given these concerns, it is natural to wonder if the marketplace might in time demand that personal materials be able to generate revenue and pay their own way to stay up. Without economies of scale, individuals cannot compete with large companies when it comes to conventional models of profitability. What individuals do offer is variety and subtlety, at some social risk.

Even so, there does not seem to be much evidence to me that an unregulated pricing structure, with higher prices for specialized communications where they are really needed (like in medicine, military, some manufacturing, satellites, etc) would destroy productive access for ordinary users.

Picture: Horseshoe Curve in PA
Posted by Bill Boushka at 12:13 PM No comments: 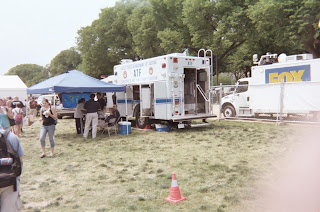 A group called EDUCAUSE which appears to represent interests of universities and other educational institutions has provided some talking points in support of Network Neutrality legislation.

The two page paper (PDF) notes a couple of incidents that are disturbing. One cable ISP provider tried to prevent people working from home to log on to their employer’s VPN (virtual private network) without the employer’s paying more fees. A Canadian ISP prevented access to a website run by a labor union in a dispute with the ISP. SBC Communications (AT&T) reportedly considered not allowing large companies to access their broadband network without additional fees. And one company prevented its broadband customers from using Voice-over protocols because that could reduce phone revenue.

The paper, however, argues neutrality with respect to traffic has been important to the growth of the web.

It does appear that the incidents reported are narrow in scope and would be covered by appropriate pricing plans in a free market.
Posted by Bill Boushka at 7:36 PM No comments: