FCC's official "Report and Order" available; some lingering uncertainty about its real intentions, according to EFF 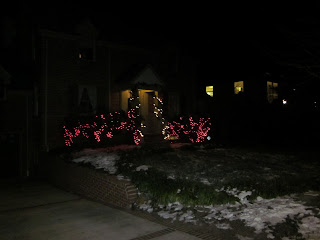 Electronic Frontier Foundation has provided a link to a pdf of the FCC’s “Net Neutrality rules” as adopted December 21, 2010, with link (website url) here. It’s titled “In the Matter of Preserving the Open Internet Broadband Industry Practices”, then “Report and Order”.

The report does distinguish among a variety of companies and providers. There are ISP’s which provide cable broadband and/or wireless service to homes and small businesses (and large entities); there are web hosts which enable individuals to network and self-publish (often with shared hosting) on the web, sometimes for fee, sometimes with free services (supported by secondary advertising revenue); some companies may provide both. Because the mix of services varies so much, public policy must be flexible, too. On p 118, the report mentions the 2007 Economic Census (just recently published, according to footnote), which considers, among other things, who actually owns the broadband access channels and provides the networking services. (As I have noted on the “BillBoushka” blog, that is something that matters in determining who can register as a “Copyright Agent” for DMCA safe harbor notification purposes.)

EFF has a summary article dated Dec. 27, “2010 Trend to Watch: Net Neutrality”, link here. EFF notes that the FCC is having to rethink its “authority” given a recent federal court ruling involving the FCC’s intervention in Comcast’s handling of BitTorrent. It fears a “Trojan horse” effect where neutrality is warped to favor establishment interests, particularly in the media business.
Posted by Bill Boushka at 7:49 AM No comments: 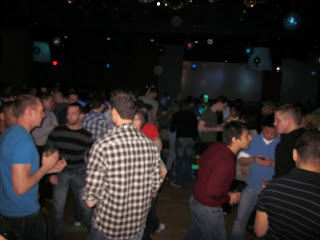 The expected policy is still a bit ambiguous, and could be challenged in court or by GOP lawmakers in the 112th Congress.

Liberals say there is little regulation of wireless, which poorer communities depend on, and particularly travelers. Cable companies are rapidly encouraging homes and businesses to manage their own local home wireless networks.

On its face, the rules will prevent ISP’s from slowing delivery of certain online services, but not prevent deals for faster access or billing by volume of bandwidth use. Flexible billing and tiered pricing seems essential for business profitability and growth. It’s likely that eventually a company like Comcast or Time Warner could provide its own Internet movie streaming and charge more for access to competitors like Netflix. That makes business sense because Comcast and TW are, after all, media and cable movie companies. (Time Warner is also connected to the movie studio Warner Brothers, which could raise more legal questions. In the past, movie distributors have been prohibited from owning theaters by anti-trust laws.)

Doug Gross has a similar story on CNN here.  There is a picture of Julius Genachowski advocating an “open Internet”.

The FCC board 3-2 to adopt new rules, with a story by David Lieberman here reporting that ISP's have some leeway to control unusual broadwidth hogging if they announce their rules in advance or gave certain kinds of customers "preferential treatment."
Posted by Bill Boushka at 5:53 AM No comments: 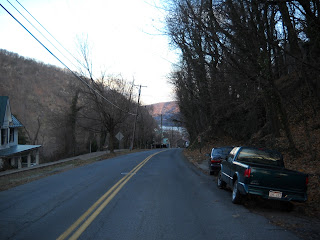 Todd Shields reported on p A19 of The Washington Post and on Bloomberg News on Thursday that the FCC is looking for ways to protect consumers from channel blockage during fee disputes. Broadcasters have been asking for cable and satellite companies to pay for content that would be free over the Internet (although not always, as most MLB and NFL content in my experience is not free online). The Post story is here.

Bloomberg has a longer version of the story here.

Many of the blackouts have involved sports events, like the World Series.

But the FCC may have limited powers without more legislation.
Posted by Bill Boushka at 7:39 PM No comments:

FCC would accept billing based on usage from telecommunications providers 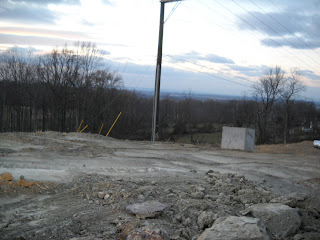 The FCC’s chairman Julius Genachowski says that the agency is open to the idea that telecommunications companies can bill consumers for usage (or at least for high volumes of usage) as long as they don’t interfere with traffic that actually reaches end users (or arbitrarily cut off users).

The measure could be problematic for companies like Netflix (and I guess Blockbuster) that plan to expand Internet streaming of movies, and in a manner that recalls the “do not track” debate, Logo, which offers free streaming with heavy ads. It could also affect new artists (including classicaL) who promote themselves with high definition videos of their performances, often free with ads.

The link for the story is here.

Wireless companies typically offered tiered pricing plans (as does Verizon for connecting through the Blackberry), and AT&T no longer offers unlimited access.

But it’s really a billing policy issue, not a neutrality issue.  It's like normal electric utility billing, or even an apartment's complex decision to withdraw "bills paid" rental plans (which used to be common in high rises in some cities, but not NYC) because some tenants are heavy electricity users.

It reminds me of the “debate” some years back on unlimited mileage car rentals.
Posted by Bill Boushka at 7:39 AM No comments: 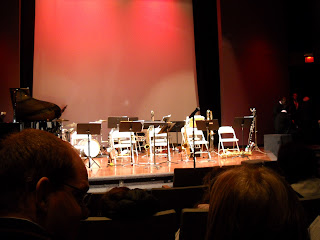 He makes the point that if a telecommunications provider bills you more for higher bandwidth usage, that’s a billing issue, not a neutrality issue, just as it would be a pricing issue with electricity use.

However, he analyzes the idea that some consumers will want to be able to use their own choice of brand of network router at home (or an already owned router) with a different ISP.

He says FCC has it right on banning blocking, OK on attachment, and may be lacking in controlling paid priortization, but it may be weak on potential legal challenges in court.

He says that the FCC is "right in the middle", like Obama himself.

I wonder if there could be any cross issues with “tracking”, which the FTC is addressing.
Posted by Bill Boushka at 7:15 PM No comments: 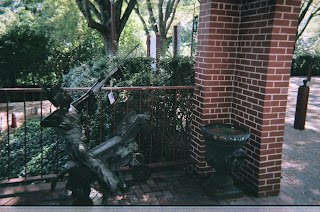 At a time when Comcast is getting heat over net neutrality issues and the dispute with Level3, it had a major outage Sunday night, for over three hours, for many areas from northern Virginia to New England. The Boston Globe has a story by D.C. Denison and Erin Ailworth, “Comcast outage leaves Internet customers adrift,” link here.

The problem appears to have occurred in Comcast’s domain name resolution system. Some savvy users got around by using their routers to connect to Google’s DNS service. There is some suggestion that this could have been caused by hacking, linking back to a DNS security hole discussed on my “ID theft” blog in August 2008.

I’ll hunt around on this later, but here is an article on how to use a Cisco router as a DNS server (link).

I have sometimes had trouble reaching specific sites from Comcast (like AOL mail) and find that it works when I switch to Verizon Wireless broadband.
Posted by Bill Boushka at 7:01 AM No comments: