Do garden apartments with heavy satellite use lack conventional broadband? 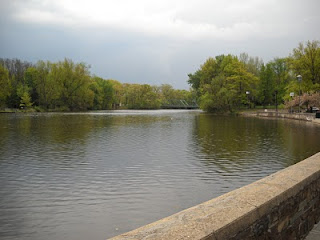 While driving around some old haunts near the location of the first job of my career, I noticed something about two adjacent garden apartment complexes, one of which I had lived in from 1970-1971 (my first apartment). I won’t name them here, other than to say they are in New Jersey in a reasonably prosperous and gradually exurbanizing area.


One of the complexes had satellite dishes all over the place. The one I had lived in did not. The logical conclusion might have been that land-line broadband had not yet arrived to the other complex.

I don’t know how well most garden complexes are doing now in offering cable and broadband, but it’s an interesting consideration.

It’s even more critical in high rises, as broadcast signals often don’t work too well, even with master antennas (they never have in my experience; I had cable in New York City as early as 1975).
Posted by Bill Boushka at 9:42 AM No comments: 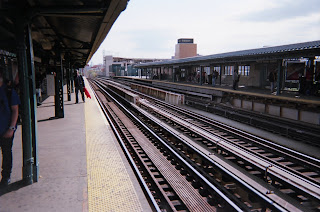 The Washington Post has a moderate to Cato-like editorial on the overturning of FCC rules for the Internet on Saturday April 17, “Internet oversight is needed, but not in the form of FCC regulation”, link here.

The editorial discusses a possible unintended consequence of the recent court ruling: that the FCC could take the track of treating ISP’s and telecoms as like phone companies and common carriers and actually set rates (remember the collectivist 1970s?) The Post favors a public policy of expected public disclosure. For example, “ISPs … should be required to disclose information about how they manage their networks to ensure that these decisions are legitimate and not meant to interfere with applications that compete with the ISPs' offerings.

The New York Times has an editorial today, "The F.C.C. and the Internet", link here. The Times characterizes broadband Internet as a world with many service and content providers competing for room with relatively few physical communications providers. It writes "broadband access is probably the most important communication service of our time. One that needs a robust regulator."
Posted by Bill Boushka at 6:23 PM No comments: 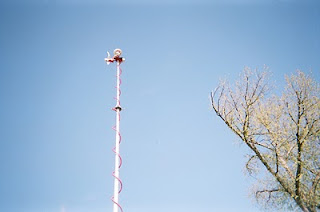 Robert M. McDowell (probably no relation to the American composer!) has a great piece on the court’s FCC ruling, along Cato-like, libertarian lines, “Hands off the Internet, please”, today, Friday, April 9, link here.

His writing is blunt. He maintains that the appeals court ruled that Congress never gave the FCC the power to implement “network management” rules. He also argues that the FCC might find legal work around by analogy to old “Ma Bell” and railroad rules. An image flashes into my mind: a day in the fall of 1972, when I was working as a site rep for Sperry Univac, and I made a visit to AT&T in lower Manhattan, in the days of telephony innocence. It even reminds me of my opening job interviews with the Bell system (there were several) as I was getting out of the Army around the beginning of 1970.

McDowell warns that allowing the government to micromanage telecommunication provider policy could be a stepping stone for greater government intervention with content, aka China, although the COPA trial that I have written about places that concept into question.

Like other libertarian comments, the piece points out that a large portion of American households have effective land-based broadband, and that wireless broadband is rapidly improving in quality and reliability – and hopefully, security.

Cecilia Kang has a comment board on his article here.
Posted by Bill Boushka at 9:20 AM No comments: 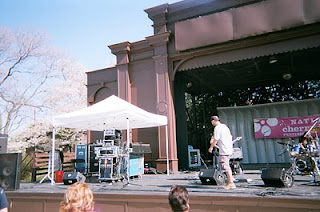 A federal appeals court ruled today that Comcast can slow down the delivery of some video or streaming content to high-volume users in order to deliver consistent service to all customers.

Visit msnbc.com for breaking news, world news, and news about the economy

“The Commission may exercise this “ancillary” authority only if it demonstrates that its action—here barring Comcast from interfering with its customers’ use of peer-to-peer networking applications—is “reasonably ancillary to the . . . effective performance of its statutorily mandated responsibilities…”

“The Commission has failed to make that showing. It relies principally on several Congressional statements of policy, but under Supreme Court and D.C. Circuit case law statements of policy, by themselves, do not create “statutorily mandated responsibilities.” The Commission also relies on various provisions of the Communications Act that do create such responsibilities, but for a variety of substantive and procedural reasons those provisions cannot support its exercise of ancillary authority over Comcast’s network management practices. We therefore grant Comcast’s petition for review and vacate the challenged order.”

The Washington Post has a front page story "Court limits FCC clout over Web; Ruling for Comcast is blow to 'net neutrality' and White House goals", by Cecilia Kang.  Comcast had apparently been targeting BitTorrent use.  As a Comcast user myself, I've noticed that once in a while there are slowdowns in weekdays; this may be related to keeping all customers connected without any disruption. There is a concern, however, that the ruling could hinder Obama administration plans to use telephony funds for rural broadband extension.  The link is here.

The New York Times story is "U.S. Court  curbs F.C.C, authority on web traffic; oversight role defined; Internet companies can control the speed of specific sites," by Edward Wyatt. Internet companies could charge more for services like YouTube or movie streaming later, even though it does not appear that they intend to do so now (outside of BitTorrent and P2P). The link is here.
Posted by Bill Boushka at 7:34 PM No comments: 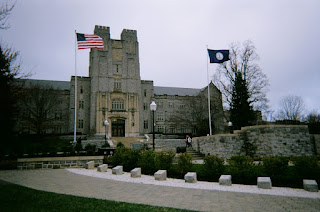 The Washington Times, on Maudy Thursday April 1, has a good “opposing viewpoints” or “point-counterpoint” on the FCC-Obama plan to make broadband a basic utility for all Americans, even in the most remote areas.

Andrew Moylan, of the National Taxpaers Union (link), writes “Spare us the broadband plan: everything is working just fine without the Obama meddling”. Moylan gives statistics apparently showing that most Americans already have access to broadband or at least wireless, and that for those who do not, satellite providers (“the dish”) can offer speeds 18 times faster than dialup. I don’t know whether Tea Party site (Fox) Searchlight Nevada has broadband, but it’s pretty remote. I think Sarah Palin has broadband. The link here.