"Neutrality" of the speaker -- that's an issue, too 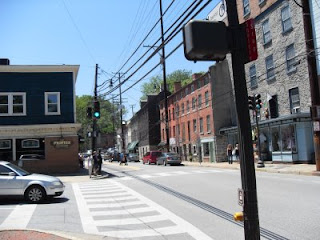 One aspect of the network neutrality debate seems particularly important to me now: While there is a lot of attention as to whether traffic will be treated equally according to its source or origin, an equally important issue in practice is how content posted by speakers is viewed when found randomly by the public.

When a “professional” journalist reports on a particular sensitivity (for example, “gossip” websites, which are though to provoke a lot of problems for school systems) the public generally understands that the report was generated as part of the journalist’s job, for pay. An individual “amateur” who originates posts exactly the same content (presumably without copyright infringement, and presumably material that is true so that it is not libelous or of questionable legality for some other reason) might be viewed in many cases as trying to provoke others into some kind of undesirable activity. Why? Because many people see “self interest” in terms of social structures (and the monetary incentives that go with these structures), and do not grasp the value of speech for its own sake.

Search engines are, in actual practice, and without regulation, neutral as to the content they find (I haven’t find that paid placement makes any real difference in practice) and amateur content often places well because it has more static files and often loads faster. The visitor is likely to judge the credibility of an item by the source, sometimes. Some TLD’s indicate that the item could only have come from a “professional” source. Other features of web addresses do not, however (www2 for example has little significance, as explained here.)

All of this should be borne in mind during the network neutrality debate.
Posted by Bill Boushka at 11:16 AM No comments:

GAO warns of possible collapse of GPS by 2010: how would this affect everything else? 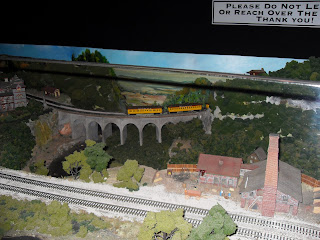 The Government Accountability Office (GAO) has stunned everyone with a report indicating that a large portion of the US Military’s GPS system could start to fail by 2010. The main abstract for the report is at this link.

The breakdown or degradation could affect trucking, airlines, and motorists who use GPS for emergency roadside assistance. It could also affect car rental companies who “spy” on renters.

It’s less clear how it could affect more familiar parts of the Internet.

Most of the concerns seem related to cost overruns and inadequate project management.

Tech News World has a report by Michael Pearson here.
Posted by Bill Boushka at 5:07 PM No comments:

Obama administration may pursue antitrust actions against some Internet companies 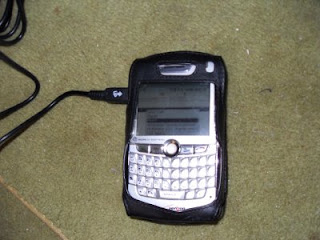 Steve Lohr and Miguel Helft have an important story on p B1, the Business Section, of The New York Times, on plans by the Obama administration to toughen anti-trust legislation against giant, dominant Internet companies. I won’t name names here, because most of the companies are pretty benevolent. (Okay, you can disagree.) But the dominance of a few companies can give them power to influence user behavior and even control Internet content, according to some model of political correctness, if at some time in the future a company wanted to. This would be a big concern in the network neutrality area, even though as a whole these companies have lobbied for network neutrality and say they benefit from it (they do).

I think this is a good topic for the Cato Institute to take up further, although papers written by Tim Lee and others have suggested that network neutrality legislation might gradually have the unintended consequence of causing greater concentration of financial and even political power in a few companies.

Generally, the administration will consider the practical effect on end users in determining how to administer anti-trust laws written decades before for other industries.

The link for the story is here.

Picture: Our president's Blackberry.
Posted by Bill Boushka at 5:05 PM No comments:

Does it pay to purchase bundled cable, Internet, phone, wireless? 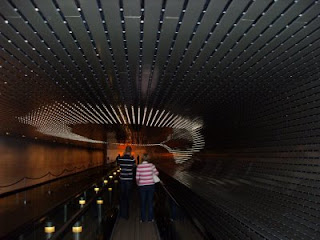 On Tuesday, May 12, 2009, consumer reporter Liz Crenshaw at NBC Washington (I’ve always thought she is much less “ideological” than ABC’s John Stossel) aired a story on bundled telecommunications services: Internet, phone, wireless, and cable television. In the DC area, Verizon may have the most deals, but there is also Comcast and Cox.

The link for the report is here. (I don’t know why NBC spells the name of its star reporter with small letters.) The gist of the matter is that bills still tend to vary a lot and be hard to figure out. And telecommunications companies are notorious for initial offers, that explode in price after six months or so. And it’s a lot of trouble to change companies if you depend on high speed for a home-based business.

Furthermore, in more remote areas there may not be choice at all.

A report by Mark Cooper from Consumers Union back in February 2004 accuses cable companies of stifling competition to gouge consumers, and that companies arrange their cable television offerings to manipulate competition away, link here. The story is called “CABLE PRICES RISING, ANTI-CONSUMER PRACTICES CONTINUE: Consumer Analysis Shows FCC Report Whitewashes Real Reason Behind Skyrocketing Bills”, link here. In 2004, rates were going up at three times the rate of inflation!

In my own circumstances, I have to look at how to make a secure wireless carrier work with Internet, blackberry, cell phone, and blogging activities. I haven't done the analysis yet of my own situation, but I will soon and report on it.

Picture: Inside the UFO at the National Gallery of Art, Washington DC. I suspect that space aliens would use telepathy for email.
Posted by Bill Boushka at 5:30 AM No comments: 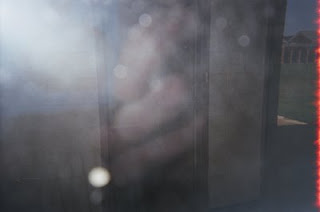 The NBC Today show reported on Tuesday, May 12, 2009, that prisoners have been getting access to cell phones and sometimes planning crimes from prison, including identity theft and, in a few cases in Maryland and South Carolina, at least, hits on people who had testified against them.

Co-conspirators throw pigskin footballs across prison walls with cell phones inside, or even shoot bazookas. Outdoor prisoners scarf them up when guards aren’t watching. Prisoners get to be like McGwyvers and dissemble phones and hide them in cells before inspections.

Prisoners seem to be able to get and keep accounts despite cell phone company terms of service.

The media asks the fair question, why not just jam them. A federal law passed in the 1930s prevents jamming of prisons. The cell phone industry has opposed repealing the law, saying that jamming would affect nearby neighborhoods. Experts say, no, jamming can be done now in a very precise way, much as movie theaters do it. Walky-talkies would continue to work.

The MSNBC link did not seem to be up yet as of early Tuesday.

Matthew Lasar had written an article for ArsTechnica reporting that the Federal Communications Commission had nixed a phone jamming demonstration in one of the District of Columbia’s jails, here (Feb 20, 2009).

Sacramento Station KCRA has a similar story for California, April 14, 2009.

And there is a similar story from Baltimore ABC affiliate Channel 2 here by Kuren Redmond.
Posted by Bill Boushka at 5:35 AM No comments: 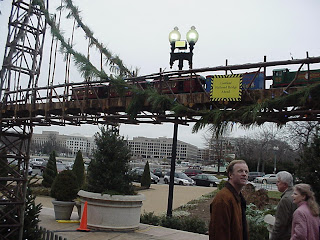 The Business Section of the Sunday, May 3, 2009 Washington Post has, on p G1, an intriguing article by Robert Pegoraro, “Broadband Caps Can Cost You,” link here. The writer surveys the debate over broadband cap plans, which don’t seem to be settling out to a predictable and reliable practice for consumer.

Time Warner apparently backed away from a plan that would have started at $15 a month for a 1 gig, and charged about $2 per extra gig or increment, up to a maximum of $75 a month.

Comcast says it set a 250 gig cap on its residential service, but does not charge for going over. But a consumer who goes over twice in a six month period can be canceled. Comcast says that just .1 % of consumers go over.

Pegoraro says that a plan like Time Warner’s is questionable because many mandatory downloads are large. Microsoft’s Service Pack 1 for Windows Vista runs up to 345 megabytes (compared to the starting 1 gig limit, that’s 34%) and Apple has a 668 MB download for one of its feline operating systems. (Apple seems to like cats.) Pegoraro notes that a lot of his use seems to happen when he is not even using the system. Personally, I still prefer not to leave a machine on for a long period if I am asleep or away from home.

Broadband providers should provide consumers a convenient way of monitoring their usage, something comparable to a logon account to a wireless cell account (remember even the message units on your landline phone bills). They still need to do a lot of work in this area, particularly as the president wants to promote making broadband a utility everywhere.
Posted by Bill Boushka at 6:24 AM No comments: