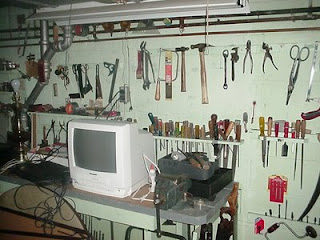 Filmmaker Magazine, a publication of IFP (the Independent Film Project) in the Summer 2008 issue, has an interesting discussion on p 82 by David Rosen, “The Next Telecom War.” This article looks at network neutrality more from the video and independent film distribution angle.

He starts with a discussion of the generous definition in the US as to what constitutes broadband compared to other countries, which explains why access is relatively slow in many areas even if 47% of US residences now have broadband access – increasingly becoming a “necessity” in the utilities area. There is concern that conventional broadband will run out of capacity, but there is the “dark matter” or unlit capacity issue. An important aspect of the debate is the development of IPTV, or Internet Protocol Television. The picture is becoming so complicated that carriers argue that they need some reasonable way of allocating usage in different application environments (especially bitTorrent).

Rosen says that conventional network neutrality legislation might provide “neutrality” at the application and IP of system level, but not at the level where fiber pipes and routers work. Telecommunications companies will push IPTV as a way to control pricing.

Rosen argues that we should go back to the 1934 Communications Act and regard all Internet and IPTV services as part of “common carriage” He notes that in the US Constitution, Article I, Section 8, Clause 3, a common carrier must provide service to the public without discrimination for the “public convenience and necessity.” The concept also applies in the transportation world (railroads and airlines).
Posted by Bill Boushka at 8:34 PM No comments: