Japan sets good example for efficient broadband infrastructure -- an argument for NN after all? 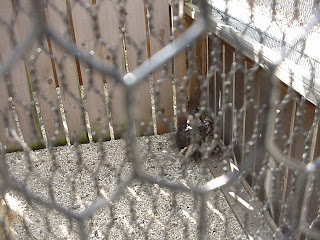 On June 26, I wrote a piece on this blog which suggested that the faster broadband speeds overseas, especially in Japan, could argue against network neutrality legislation.

Today, Aug. 29, 2007, Blaine Harden of The Washington Post Foreign Service has a provocative story “Japan’s Warp-Speed Ride to Internet Future.”
There is also a thumbnail picture there “In a Tokyo demonstration using high-speed broadband” that the visitor will find at the Post website by searching for the writer’s name.

The report says that broadband speeds are 8 to 30 times that in the U,S. Why? Some of it is physical. Japan is more densely populated and smaller geographically. In Japan, the copper wiring is newer and uses short loops. But a bigger reason seems to be public policy. The Japanese government has required telecommunications companies (such as Nippon Telegraph and Telephone, NTT) to open up their wires to smaller ISP companies. As a result of this “competitive” pressure, larger companies like NTT have been more aggressive in wiring residences (including using fiber-optic cables) for high speed broadband use.

Harden writes, “Yet the story of how Japan outclassed the United States in the production of better, cheaper Internet service suggests that forced government regulation can pay substantial dividends.”

This is certainly a good topic for libertarian think tanks like Cato to ponder.
Posted by Bill Boushka at 8:02 PM No comments: 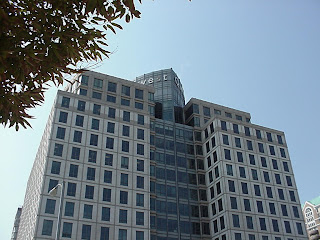 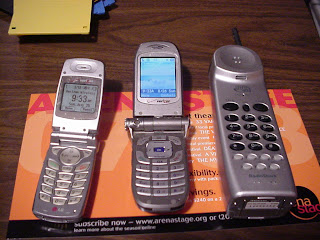 Late this week major media outlets reported that a New Jersey teenager, George Hotz, 17, had unlocked the applie iPhone, removing the SIM card, so that he could use it on T-mobile, as well as on AT&T, for which it was manufactured. The project involved some software and hardware (soldering) reverse engineering that left most of the other functionality of the device intact. Media reports vary that he took from 20 to 500 hours of work on this. Perhaps the reverse engineering for other networks would lead to a patentable invention and income.

The CNN transcript is here.

As far as everybody knows, this is totally legal. AT&T has not commented. Although not within the technical legal framework of network neutrality legislation, it fits the spirit of recent debates, that any device should work on any network, a topic of controversy during the FCC’s recent auction of broadband space.

I recall that in Minnesota I had a black Qwest cell phone, which did not work on Verizon when I moved to Virginia in 2003. Even though Qwest has a building in the Ballston region of Arlington (see picture) I had to get a Verizon phone in 2003. I don’t have an iPhone yet but I may retool a lot of things.

Mr. Hotz has a website was called "Lpahome" (URL now not working)
and related blog here
. He shows whimsical pictures of his “laboratory” that probably would not get printed in Better Homes & Gardens or Southern Living (Oh well, New Jersey is the north, after all.) It’s interesting to me how differently people feel about technical work space at home, which for many hobbyists is cluttered. (I recall a hi-fi hobbyist in Maryland in 1962; half the house was taken over). Other people feel that hobby or work associated "clutter" at home indicates a sense of domestic “failure".
He has appeared on several television shows, including CNN on Saturday. There is a YouTube video here that appears to be a demonstration by his brother.

It would be well here to review a couple of papers by Tim Lee on network neutrality, one referenced on this blog on June 8 2006 ("arguments against) and one referenced at here on Sept. 20.

One website "IPhonesfree" plans to offer unlocking software soon (website URL link now obsolete). Another such company seems to be Uniquehones. In 2006 the IS Copyright Office issued an administrative opinion to the effect that unlocking cell phones from any specific telecommunications carrier would not violate the Digital Millennium Copyright Act.

You can keep up with Hotz in his technical, well illustrated blogs (look at all of them, like "DLP Goes Down", on the Blogger profile) here.

Another account of this story appears on "Freedom to Tinker" with the caption, "Legal Battle Looming?" link here.

CNN reports that Mr. Hotz now works for Facebook.
Posted by Bill Boushka at 6:48 AM No comments: 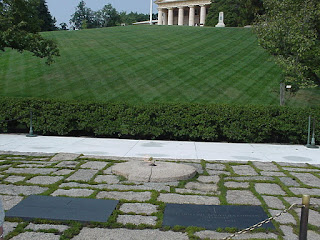 Major media outlets report that the Federal Communications Commission has approved open access of the airwaves for all devices. A typical story is Kim Hart, “FCC Aproves Airwave Use for All Phones: Wireless Network Opened to Options if Not Firms, page D01 print, The Washington Post, Aug. 1, 2007, here:

The airwaves will be auctioned in early 2008 and consumers will be allowed to use their cellphones and software in unbundled manners of their choosing.

ATT had opposed an amendment that would require the winner to resell some shares to third parties. There have been complicated discussions about how regulations, or lack thereof, would affect smaller providers and wireless access in remote rural areas, especially in western states.

There is also a provision that wireless carriers will share the responsibility for preferred public safety networks, which in theory sounds like a “public service” exception to the ideology of strict network neutrality.
Posted by Bill Boushka at 7:27 AM No comments: